The improbability of spotting potential cybercriminals 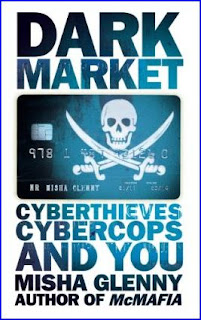 Misha Glenny, the award-winning author and journalist, was on sparkling form last night as he briefed a select gathering of people in the private dining room of The Ivy in Soho last night. Big thanks to my friends at Detica for so generously inviting me to the event.

Misha’s spent the last couple of years investigating the rise of internet crime and how it is linked to the growth of industrial espionage on the web, and the broader issue of cyber warfare. And in doing so, he’s met some of the most notorious criminal hackers that the courts have managed to deal with. What he had to say was gripping – and his conclusions were bleak. To develop a mantra that former Prime Minister Tony Blair used to trot out, while our politicians and investigators can try to be tough on cybercrime, I’m not at all sure that anyone can be tough on the causes of cybercrime.

I don’t want to steal (too much) of Misha’s thunder, so I won’t report in too great a detail on what he had to say. But one theme really struck me, and I reflected on it as I returned home in the early hours of this morning. What can we do to spot these budding cybercriminals? And isn’t it a shame that we won’t be able to do very much about them until it’s too late?

What factors are common to the master cyber-criminals of the globe? Misha was extremely well qualified to discuss this issue, having had the opportunity to meet some of the finest criminal minds that have emerged from places as diverse as the Ukraine, Sri Lanka, Germany, Idaho USA, Nigeria, Turkey and of course the UK. Are there common behavioural traits that lead to a shared profile?

Well, yes there are. And as Misha reeled off the list, I began to think that people with these traits could turn out either to be very very good for society, or very very bad. But probably very very rich.

So, what should we look out for?

We should look out for nerds who are obsessive game players, people who are unusually good at maths or science, who might well have a traumatic experience in their early teens, whose moral compass makes them easy pray to more experienced cybercriminals, and who have poor communication skills in the real world, but who flourish in the virtual environment.

But how can we be tough on finding nerds like this, or of imposing behavioural change on them?

Should we “lock up all geeks”, and only allow emerging adults to engage with others once they’ve become properly house trained? It’s not going to happen. If they’re not on the aggressive or anti-social verge of society then they’re simply not going to be individuals of interest to the local police forces. These geeks will simply hone their criminal traits well away from the gaze of the law enforcers whose hands (and budgets) will be focused, for political reasons, on the local yobs who will be making life miserable for the more decent members of the community. Are we doomed?

I wouldn’t bet against it.

What’s the solution – a totalitarian surveillance state – but run by the “dear ruler” for benign purposes, rather than to oppress the populace? That’s not the flavour of the month. Not even in Africa, and the Middle East, as we are witnessing today. Can society ever be tough on such nerds, so that they develop into people with a different moral compass?

Well, I wouldn’t bet any of my own money on it.

But perhaps Misha has a solution. He didn’t mention it last night, but then again nobody asked him.