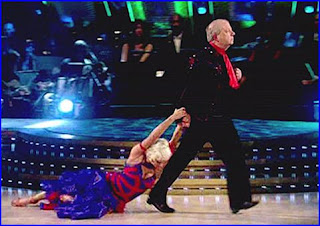 The new cookie rules are almost upon us and there is more than a little interest in how the term strictly necessary will be interpreted by the regulators.

The Information Commissioner’s Offices’s first attempt seems a little harsh: The use of the phrase “strictly necessary” means its application has to be limited to a small range of activities and because your use of the cookie must be related to the service requested by the user. Indeed, the relevant recital in the Directive on which these Regulations are based refers to services “explicitly requested” by the user. As a result our interpretation of this exception therefore has to bear in mind the narrowing effect of the word “explicitly”. The exception would not apply, for example, just because you have decided that your website is more attractive if you remember users’ preferences or if you decide to use a cookie to collect statistical information about the use of your website.

The formal dictionary definitions suggest concepts that embrace exact or precise; not loose, vague, or broad, following or enforcing a rule or rules with great care; punctilious; closely enforced or rigidly maintained; disciplining rigorously or severely.

But all hope is not lost! The English language is a gloriously flexible language, and meanings of words can change pretty quickly. Even the meaning of words like strictly.

After all, who would have thought that the hit BBC competition “Strictly Come Dancing was actually judged on the quality of the dancing? Back in November 2008, John Sergeant reportedly pulled out of the competition over fears he may actually win the show. And how good a “dancer” was he? Well, in one of the funniest Strictly dances ever seen, he dragged his partner Kristina Rihanoff around the floor in his Paso Doble. Some dance that was.

So, let’s hope that the ICO has the same sense of pragmatism as the BBC executives evidently had, and that they will allow the participants themselves to decide what they feel is sufficiently strictly necessary when it comes to interpreting the new cookie rules.

My bet is that the definition of strictly will loosen up pretty quickly.


Side Note:
By the way, this is not the first time that the ICO has been asked to advise on a strictly issue. Our chums in Wilmslow were asked to rule on an Freedom of Information matter, not a Data Protection one, a little while ago. This was all about whether the public were allowed to know the actual numbers of votes that had been cast each week for the various contestants. Emails passed between BBC television centre and the ICO, and then the following information was published on the BBC’s website: We invite you to vote for the dancers that you liked best, based on their performance in each show and during the series. Releasing voting figures could affect the way that people vote, and also have an impact on the participants. We therefore do not disclose the exact voting figures. Although the BBC is subject to the Freedom of Information Act, information which is closely connected to our programme-making is not covered by the Act. The Information Commissioner, who regulates the Act, has confirmed that information about Strictly Come Dancing voting is not covered. We are therefore not required to disclose the voting figures under the Act.