Should web tracking really turn into a privacy time bomb? 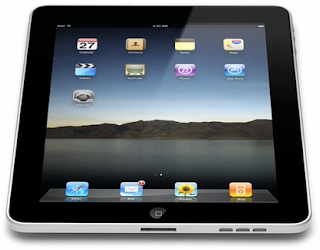 I keep on asking myself when (and whether and how) I should enter the public web-tracking debate. When you work for an organisation that sees the benefits of Internet tracking, it can be hard to persuade others that I’ve thought things through and am reflecting my own views, rather than simply the views of my employer.

Despite the disclaimer in the About Me section on the left.

I suppose everyone has to live with this sort of assumptive baggage. If you work for the police, then “of course” you are assumed to have developed a particular (and fixed) mindset. But such assumptions about standard behaviours and values are as wrong about the police as they are for any other employer.

But why should I now start to express my views? Well, partly because my very good friends at Sophos have just presented me with an iPad, and I am coming to the device with new eyes. It’s a fresh way of doing a lot of stuff that otherwise required much larger bags to carry around the hardware and all the peripheral cables. And I’m also amazed at how easy it is to set up and get working, compared with the devices I’ve had in the past. Previously, I needed a Geek squad and a teenage nephew within earshot. Now, I can just about manage by myself. This really is progress.

Again, I am realising the benefits of trading my privacy for service. It’s a trade-off I’ve done before, but in other contexts. At boarding school, it was matron, not your mother, who looked after you when you were ill. In the army, my batman looked after my personal administration, so that I could spend more time “serving to lead”. Today, my cleaner makes my domestic affairs far more bearable than if I were to try to cope unaided. So, for the past four decades I have traded personal privacy for services that have, on balance, very greatly improved the quality of my life.

And now, I’m happy to trade free stuff and improved, more personalised, services on the internet for the fact that the people providing me with these services know more about me than my next door neighbour. And that doesn’t worry me. Nor, I think, is it likely to worry anyone else who has enjoyed various forms of communal living – especially those involving matrons, batmen and cleaners.

Yet the language used by those who are wary of the benefits of such personalised services services is subtly different. These people tend to argue that the motive for on-line tracking systems is really to deliver relevant online ads to each and every one of us — and bagging that advertising money. And that this is bad.

Some of these people go further. They point to the potential for the tracking data culled from Internet searches and surfing to get commingled with the information disclosed at websites for shopping, travel, health or jobs. And they argue that it's now possible to toss into this mix many of the personal disclosures we make on popular social networks, along with the preferences we may express via all those nifty Internet applications that trigger cool services on our mobile devices. And that this is even worse.

But do I care about the money that people (whom I’ve never met) are reputed to be making as a result of the way they are making my life easier and more relevant when I surf the Internet?

Actually, no – so long as I feel that I’m getting a great deal, too.

Having recently acquired my iPad, all I needed to do to get it working and stuff flowing was to enter my iTunes ID credentials and my Amazon ID credentials. Within just a few minutes I was ready to play. Apple and Amazon appear to have done all the hard work in the background, and, to be frank, I feel good about it. I would even be happy for them to share my credentials with the Local Authority for voting and community charge purposes, and with my local health authority for heath purposes. I want a connected life and I trust them as an identity assurer.

I can feel happy doing this because I’m a nobody. If I were a high profile individual, I’m sure I would want to take greater steps to protect myself. Of, if I was aware that attempts had previously been made to compromise my personal security, then again I might well want an extra layer of reassurance before my “identity” was used to acquire other credentials.

But, as we all embrace more thoroughly this new digital world, let’s not get too prissy about the data protection downsides. I’m one of those who want simplicity as a way of life. I don’t want to live in a world of data protection drudgery, with every website littered with “consent” pop-up boxes and reminders to change ever more complex passwords and encounter horrible log-on authentication routines. I want the apps – not the sign-on procedures.

Apple and Amazon are helping me get to my nirvana: near instant internet gratification.

Long may they last – and long may I give them the permissions they need to do the tracking that is necessary to get to this wondrous state of being.

And let’s hope that when the data protection directive is revised, those who are making the rules appreciate the value of Internet tracking to us web users. I’m sure that the decision makers who have experienced the joys of matrons, batmen and cleaners have got my point and wholeheartedly support me. But, in the new European Parliament, stuffed with decision makers and opinion formers from all corners of the European community, I’m not expecting that such concepts of the benefits of communal living - as I’ve described them - will necessarily fall on such sympathetic ears.