Tracking the progress of those “do not track” browser thingies ... 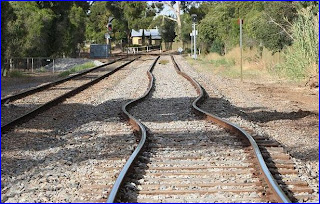 "Ello, Mr Internet Browser manufacturer, I would like to buy one of those “do not track” thingies I’ve been reading about all over the internet."
I’m sorry sir – we don’t sell 'em – but we do give 'em away.

"In that case I’ll have one. But just wot does it do?"
Errr, well, it lets you set a little flag which explains to anyone who wants to take notice of it that you don’t want to be tracked.

"So does that mean that if I set it, all publishers will have to read it and take notice of wot it says?"
Errr, no. (Well, not yet, anyway.)

"Oh. So does it mean that their sites will cease to function if they come across someone like me who has one of these “do not track” thingies?"
Errr, no. (Well, not yet, anyway.)

"Oh. So does it mean that if I set it, all publishers will have to stop the operational or analytical stuff they do when I surf their websites?"
Errr, no. (Well, not yet, anyway. And probably never.)

"Oh. So does it mean that all publishers will react in the same way when they come across someone like me who has one of these “do not track” thingies?"
Errr, no. (Well, not yet, anyway.)

"Oh, but tell me. Have all of you internet browser people reached an agreement about how to develop these “do not track” thingies, so they'll all operate in the same way, so it won’t matter wot browser I’m actually using at any time?"
Errr, no. (Well, not yet, anyway.)

"Oh. But is there anyone out there trying to get everyone in the same place on this issue?"
Oh yes sir. Yes they are. There’s a bunch of awfully clever people over at the W3C organisation doing lots of fancy stuff.

"Oh. Good. And are you confident that they’ll come up with a global solution before someone in the European Commission throws a hissy fit about not enough being done?"
Dunno sir. Questions on timings and missed deadlines can always be asked by those who like to throw hissy fits.

"And how are you developing this common global understanding of the problem?"
Well, this organisation called the W3C has had one meeting already on the subject – last April, in Princeton (New Jeresy, USA). And they’ve got two more meetings planned, one next month in Cambridge (Massachusetts, USA). And then a third meeting , arranged for the following month somewhere in California (USA) will help then get a proper global perspective on the issue.

"Waddya mean, a global perspective? Isn’t this W3C just comprised of a bunch of Americans? What about the rest of the world?"
Excuse me, sir. The W3C is comprised of a bunch of very sensible people. Its even got Sir Tim Berners-Lee, who invented the World Wide Web. You must have heard of him by now. He's not an American. Anyway, its hosted by three organizations on three continents: the Massachusetts Institute of Technology (MIT) in the United States, the European Research Consortium for Informatics and Mathematics (ERCIM) in Europe, and the Keio University in Japan. So they won’t just be doing stuff to suit the Americans. They do know what they are talking about.

"Oh. So does that mean that they’re actually gonna get these “do not track” thingies to work?"
We’re not sure sir. But if anyone can, they probably can.

"Oh. So what will happen to me when I use one of your “do not track” thingies right now?"
We’re not really sure, sir. But it will give you peace of mind. You’ll have done your bit for the privacy ecosystem (whatever that means).

"In that case, I’ll have one now, please. And can I return it if it doesn’t work properly?"
Of course, sir. It’s free of charge, so we won’t need to give you your money back. If you don't like it, just turn it off and you can carry on as though nothing had ever happened.