Another nail in the Digital Economy Act’s coffin? 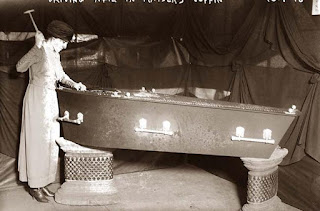 Crouch End is a wonderful place to live. It’s full of coffee bars where you can overhear media and entertainment industry types having a not-so-quiet moan. Some of these luvvies are actually pretty loud. Yesterday, I overheard a couple of record industry execs having a bit of a moan.

I didn’t have to try that hard to listen to them - we were sharing a table in one of Crouch End’s nicer (and more crowded) establishments, yet they made no attempt to use veiled speech, or talk about stuff that might not be of interest to anyone in their immediate vicinity.

These execs started their chat by reminiscing about the old days, when they and all their friends used to swap songs they had recorded on cassette tapes. Yes, they really were that old. Did that stop them from buying new music? No – it simply opened their ears to different types of music which they would, subsequently, consume legitimately.

And what were their thoughts on the bits of the Digital Economy Act that would, as they put it, require internet providers to pass on customer information to the copyright holders, in order that warning letters could be sent to people whom, in normal circumstances, the holders were trying to develop warm, cuddly, relationships with?

This is a family website, so it’s not appropriate to faithfully record their comments – nor to comment on just how many asterisks would be required to mask (most of) the rude bits.

Let’s just put it this way. They don’t feel it will work, nor do they think that it deserves to work. Young (and not so young) people will continue to consume their digital entertainment in whatever way they like. Especially if they can get it for free, given the current economic climate. Digitally (and economically) speaking, these people are pretty switched on, you know. They know that the very best way to consume music these days is through You Tube, rather than iTunes or CDs. Which is free. They know that artists really make the big money by tours and merchandising these days, not directly by their music.

If you want more evidence of this, pop down to Canary Wharf and prepare to be amazed at the prices that are being charged for signed posters of Ronnie Wood’s latest artworks. He’s doing all right, that guy. Should the Rolling Stones ever fold, he’s got another very lucrative career to fall back on.

Still, what do these record execs know about the politics of copyright (or internet) regulation? They’re not in the “regulatory affairs” departments of the record industry companies, so they don’t need to toe the corporate line. These guys can call the issues as they see them. And what they see, they don’t have much confidence that regulation will put right.

But it made me think.

Can we really change social (and internet) behaviours simply by passing laws? Especially when the resources may not exist to enforce the laws? And when the citizens whose behaviours Parliament has decided to change don’t share that same vision?

I don’t think so, either.

When it comes to the internet, we probably need to change social expectations and behaviours first, and then get the law to catch up – rather than expect to get faster results by changing the law and hope that people’s behaviour on the internet will, naturally, alter.