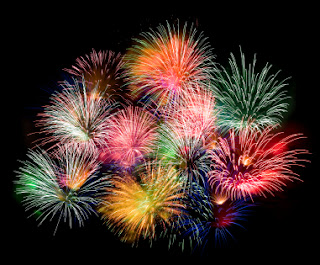 Yesterday’s ‘Data Protection Day’ was celebrated by London’s Data Protection community assembling at a variety of venues to discuss the obvious. Just like Washington DC, this town evidently isn’t large enough to host a single gathering.  From the Gherkin, where Rosemary Jay’s latest book was launched, to New Street Square, where others assembled for free drinks nibbles, and to a host of smaller bars, the talk was pretty much the same.

Some discussions referred to last week’s Computers, Privacy & Data Protection conference in Brussels. A few of the more quotable quotes that have emerged from that event, which are worthy of further discussion are:

“We are in a climate of increasing co-operation between national authorities throughout the world. The challenges are switching from talking together to working together and achieving results together” Deputy Information Commissioner David Smith.

“There are legal restrictions on what we can share with other authorities” Deputy Information Commissioner David Smith when explaining some of the practical difficulties that face the ICO when working with other regulators to investigate certain DPA offences.

“The vacuum cleaner operates at full bandwidth” Gordon Nardell QC, when explaining how American intelligence agencies allegedly acquire internet data on people who are not US citizens.

“Harmonisation cannot be seen as an aim in itself. You need clarity before its implemented” Christopher Woolf, Future of Privacy Forum.


"You can’t have an EU right to be forgotten and a Member States right to remember” Professor Gerrit Hornung, Passau University, commenting on the problem that fragmentation may bring if certain legal powers are not transferred to a central body.

“Publishing all privacy impact assessments could mean that the assessments are reduced to boilerplate. PIAs must be able to be modified to allow for an element of retrospection.” Jean Gonie, Microsoft, commenting on the need for data controllers to be able to hold private discussions on the potential privacy implications of certain initiatives before a decision is taken on which option to adopt.

“Privacy by Design is the ‘sustainable development’ of this era – no-one really knows what it means” Anonymous panellist.

“I’ll just stop for the sake of time” Anonymous panelist.