Back to the ID card debate 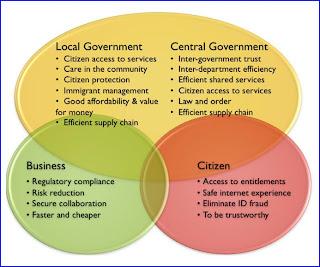 The UK Identity Card legislation may have been formally scrapped, but work is continuing behind the scenes to create what looks like, feels like, and acts like ... identity cards.

Why is this? It’s simple. It’s because it’s still necessary to develop some form of identity governance both in the public and the private sector to drive down costs and improve quality of service.

The latest organisation to publish a paper on the subject is EURIM, the well respected independent UK based Parliament-Industry group. This group (to which I ought to declare that I belong) brings together politicians, officials and industry to help improve the quality of policy formation, consultation, scrutiny, implementation and monitoring in support of the creation of a globally competitive, socially inclusive and democratically accountable information society. It helps set the agenda, stages constructive debate and reports on progress. EURIM does not undertake lobbying activities, nor does it make a case on behalf of individual companies. Its purpose is simply to better inform policy making in the public interest. When there appears to be an 'industry view' on an issue, EURIM takes that as a starting point for an evidence-based and critical approach to informing wider debate and policy making.

What’s the problem? Well, from a public sector perspective, there remains the potential for organised crime to defraud the tax and benefits systems through identity theft, using electronic attack vectors and malicious code similar to that used against banking, unless effective identity governance structures and counter measures are at the heart of the new systems. The emerging catchphrase is “security by design, not afterthought.” Last year, the National Fraud Authority estimated the cost of Fraud to the public sector at nearly £18 billion p.a. and rising . That is more than four times the cost (under £4 billion) to Financial Services.

The really good thing about EURIM’s papers is that they are short. This one is just one page in length. Short enough for lots of people to read and understand. Probably too short for the eurocrats in Brussels, but hey, we live in the real world here in London. Most busy politicians will read a single page (if pushed). None of them are likely to have the time to read anything much longer unless their assistants have highlighted the really important stuff with a marker pen.

EURIM also produced a diagram setting out why an ID card scheme might benefit the community at large. I’ve reproduced it here.

For those who don’t have time to read the entire document, I’ve reduced the most important bits to a series of “tweets”:

Government has to rationalise the many systems that it uses to identify its employees and contractors, and for its dealings with citizens, residents and visitors, in order to cut costs, reduce fraud and improve national security.

Trusted, reliable identities are a prerequisite for security and accountability in the online world. Globalisation and the Internet have made identity and identification unnecessarily complex and weak, to the detriment of security.

There are five roles for Government:
(1) as an identifier of citizens, maintaining trusted voter registration system
(2) as a deliverer of services, to minimise wastage and fraud
(3) as a guarantor of standards, acceptance of accountability and risk
(4) as an employer for cost-effective cross-departmental systems; and
(5) as market-maker, driving credible and acceptable interoperability rules

Unless work starts soon, the UK will become overly reliant on identity governance systems over which we have little or no serious influence.

Managing highly reliable identity can cost hundreds of pounds per year per identity. But these costs should reduce as solutions are developed which enable global as well as domestic interoperability.

Now, whether this proposal can get achieve the support of our friends at NO2ID, BigBrotherWatch or the Coalition Government is another matter. It’s probably a bit too early for a “Coalition U-Turn” just yet, but give it a few more months for the anti-ID card lobby to drift away, and then we may well see renewed determination for “something” from within Government circles.