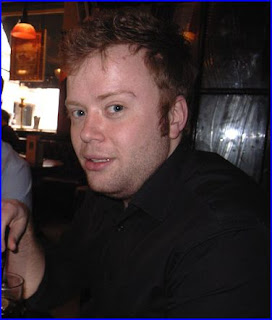 If there exists a journalist with better contacts in the government/security/privacy/ISP/ arena than Chris Williams, I have yet to meet him (or her). I don’t know how he sources his material, but if you ever wanted the low down on the arguments that are really happening within the Home Office on stuff relating to communications data retention, privacy and security, then Chris is the man you would want to have a drink with. Or several. Until I met him, I was so impressed with the range of stories he had pumped out through “the Register” that I was convinced that he was actually a team of people, rather than an individual journalist.

And now I hear that Chris is leaving The Register, having covered that patch for that organ for long enough.

Is this a case for rejoicing in the corridors of Marsham Street? Will we see members of the “Fifth Floor’s Finest” celebrating by dancing on their desks and cracking open another packet of fig rolls?

Chris hasn’t gone away, you know. He’s taken his redoubtable investigative skills over to The Daily Telegraph, where his articles will immediately reach a much larger audience. Will he change his position on many of the issues that have caused an element of frustration within the Home Office? Probably not. Will he retain his contacts and remain close to the heart of many surveillance issues that could open more wounds within the Coalition Government? Quite possibly.

So we should expect to hear a lot more from Chris.

If he can write articles that get members of the great privacy blogosphere really upset, then just think what he can do with his wider reach into Middle England.

And if I had anything to keep discrete about in the government/security/privacy/ISP/ arena, then I would be afraid. Very afraid.