How should our use of the internet be controlled? 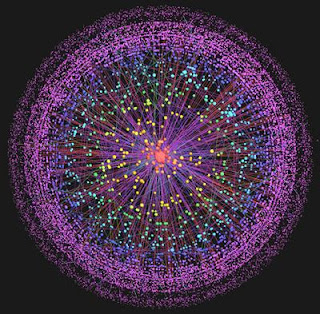 We’ve all recently witnessed massive changes in the way we use the internet. “People use Facebook to plan before the revolution, Twitter to organise on the day, and then You Tube to show what happened to the world.” That was what Dave Coplin, Microsoft's Director of Search, Advertising & Online, had to say about its importance at last Thursday’s Parliament and the Internet Conference. This is why the more sensible nations will be thinking very carefully before demanding that any of these services are disconnected, should there be any more instances of civil unrest.

This does not mean that the internet will become a virtual Wild West, though. As Detlef Eckert, Director of Policy Coordination and Strategy in the FG Information Society and Media of the European Commission commented during his presentation, “It's not just a deregulated telecoms structure. It needs to be regulated to be civilised.”

How it can be regulated though, and how civilised you really want to get it, is a very difficult question to answer.

Other speakers were not too optimistic about the future of the way the internet will be governed. Some of them had just returned from the annual Internet Governance Forum, held this time in Nairobi, and were thinking of the themes that were likely to be debated during the next Forum meeting, which will be in Baku next year. Is it really necessary to travel to such places to consider such issues? Yes it is – Europe only represents some 23% of internet traffic, Asia has 44% of the traffic and it will continue to dominate. There may be no agreement on how to tackle this global problem, but that does not necessarily mean that European nations will be able to punch above their weight when the debates are held. The latest wheeze, apparently, could be for a new United Nations-sponsored organisation to sit about the current Internet Governance Forum

Lesley Cowley, Nominet's CEO, was not convinced that such a plan would necessarily be a brilliant idea. The more UN oversight bodies there are, the greater will be the pressure from various stakeholders to bring more decision-making within the sphere of Member States, and this could lead to less reliance on obtaining advice and, critically, experience, from the key companies who are likely to have a far better appreciation of the consequences of policies that are developed by people with little experience in actually implementing them.

Does this matter? I think it does – no-one wants to be faced with the unenviable task of being required to implement legislation which is either contradictory, open to a wide variety of interpretation, or out of kilter with common sense. And surely, no-one wants to be regulated by officials from countries where human rights are less well observed as they are in the EU. But hey, ho. Let’s see what happens.

The other key takeaway from last Thursday's conference, from my perspective, was the view, from several commentators, that mobile commerce in Europe remains in its infancy. In other parts of the world, it’s taken off at a much faster pace. South Korean commuters, in some metro stations, see posters on walls that allow them to choose items, pay for them and have them delivered and waiting for them when they get home. Webcams in some retail clothes chains have web cams in the fitting areas that enable the wearer to take and post pictures on their Facebook site so their friends can comment on how the garment suits them (and perhaps also to tell them whether their bum looks too big in it).

Within Europe, though, there are still some huge problems to be overcome there really is to be a single market for digital goods. Currently, only a small percentage of people purchase physical or digital products from another country. It’s hard to imagine that the percentage will increase significantly until the different copyright management, liability, sales law, and data protection regimes are more closely aligned. And it’s hard to imagine that such changes will take place any time soon. And it’s extremely hard, if not impossible, to expect smaller businesses to be capable of understanding all the laws when, thanks to the internet, they could be trading in 150'countries

A few commentators very briefly mentioned the likely changes to Data Protection legislation, but no-one had anything really significant to say. Richard Allen, Facebook's Director of EU Policy, made the point that it was obviously necessary for a revised EU data protection directive to move away from the premise that what was required was an instrument to regulate the way large organisations held data on citizens. In the new world, we are all both data subjects and data controllers, and it's a much more complex environment. Richard did make the point quite forcibly that the current models which finance internet content don’t fit neatly with EU regulations. It is increasingly impractical to put advertising and marketing into a separate box from internet content, so to speak, and it will be interesting to see just how this debate plays out.