Why the Commission sometimes drafts in Eurobabble and Gobbledegook 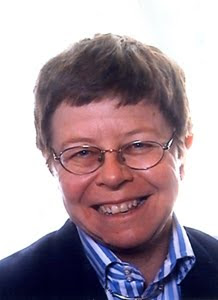 Elanor Sharpston QC was on great form tonight. By day she’s the UK Advocate General at the Court of Justice of the European Communities. And tonight she was at the University of London, delivering the Sir William Dale memorial lecture, explaining why European Commission Directives and Regulations sometimes attract some fairly heavyweight drafting criticism. We need to understand how the process works, she explained – and she started by praising the Commission for its official guidance on drafting, complete with 23 guidelines with examples of good and bad drafting. It's a good document. Full of common sense.

But the problems start when we ask ourselves who it is who is doing the drafting. After all, the working language of the first drafts of the Commission Documents is usually French and English – great for the Brits and the French, but not so great for some poor Hungarian or Slovak official, who could be trying to draft the initial text in their second – or third – language, rather than their mother tongue. These linguistic difficulties really can’t be underestimated.

Next, when the drafts are considered by the politicians and the negotiators the problems continue. After all, many negotiators have very different starting points. Some negotiators don’t really want the legislation or are ambivalent about the proposed measure as they already have domestic legislation which is something like what they think the Commission proposal is going to achieve. On top of this, representatives of the Member States may well have different perceptions of the meaning of the text under consideration. There can be a difference between perception, text and reality. Sometimes the built in assumptions are different between people who interpret the text. What is obvious to one party may also be obvious to the other side. But what is “black” to one side could easily be “white” to the other. Eventually the political negotiators will ask their legal teams for a legal view on suggested revisions to the text – but sometimes that view is only sought when the textual revisions have actually been accepted.

Elanor also noted that texts sometimes had ambiguous terms simply because that was the only way to get a majority support for the document. While the golden rule was, of course, that terms should be unambiguous (and all the major terms ought to be defined), it was not unknown for the Commission to propose something that didn’t make complete sense, but enough of it made enough sense for it to have some value when implemented.

And then, the Commission has to issue an equally authentic translation of the final text to the 27 Member States in each of the 23 Community languages.

In most cases, the legislation is finally agreed and is generally workable. But, if the text is ambiguous or unclear, a lawyer will eventually litigate and a national court will make a reference to Elanor’s court to ask what the text actually means. Sometimes, her court will refer to the legislative history of the instrument to see if any relevant statements were made by negotiators during the different sets of discussions on the text. At other times, her court will try to comprehend the different translations of the instrument, to see if a majority of them see the concept under dispute in a particular way. Other times, they’ll just make it up themselves. But her court has never been undermined by a Member State refusing to accept her court’s interpretation. Nor has any Member State ever tried to amend an ambiguous term in an existing Directive so that it ceases to mean what her court decided it meant.

Elanor did make the point that her court does not relish this responsibility, and would really prefer it if the politicians, who have the necessary democratic accountability, had actually made the relevant terms unambiguous.

Very wisely, Elanor declined to say too much more about the defects that are inherent in EC legislation. She simply reminded us of Count Otto Von Bismarck’s view that if you like laws and sausages, you should never watch either being made.