Off for a clear(er) view in Paris 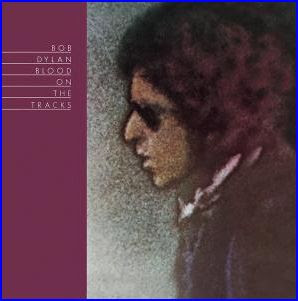 Today I will be packing my bags – tomorrow I leave for Paris. Not for good, just for the International Association of Privacy Professionals’ congress at the “Salons de la Maison des Arts et Metiers”, during which some 300 of the usual suspects will discuss the latest data protection developments. The strapline for this eagerly awaited event is “A Clear View” - and I expect that when the event was originally planned , it was hoped that Viviane Reding, one of the keynote speakers, might be unveiling all of the Commission’s proposals for a new regulatory framework.

Well, as we all know, that’s unlikely. What will be interesting to note is what new thinking emerges. Recent media reports have hinted at some of the proposed changes, but let’s see if any other ideas are floated. I suspect that much of debating time will actually spent commentating on the changes that have already been suggested.

Hey ho – you never know, though.

I’ll be keeping my ears to the ground to pick up the best bits of gossip as I network furiously between Monday evening and Thursday morning. Yes, I know that the “congress” part of event will only take up Tuesday and Wednesday, but I plan to be one of the first to arrive and one of the last to leave. This means that not only should I avoid most of the chaos that will be associated with the strike by British border control officials (and a very large proportion of other British public sector workers) on Wednesday, but I ought to have more time to root out some of the real data protection issues that are or ought to be of concern to us.

If you know where to go, you may find a group of us in a corner of a Parisian cafe on the Rue Vernet, late on Wednesday evening, singing a quiet refrain to mark the passing of the current data protection directive. And if Bob Dylan were to have had a hand in writing the lyrics, they might sound something like this:

If You See Me, Say Hello

If you see me, say hello, I’ll buy you a cold beer
I checked in Monday afternoon, and you’re OK, I hear
I should tell you that I’m all right, though feeling kind of strange
As the rules which are so familiar are just about to change

We haven’t had a falling-out, like best friends often will
And to think of how I heard that day, it still brings to me a chill
As we discuss our separation, it’s piercing me through to my heart
Old ways still live deep inside of me, but from these we need to part

If you get time enough, we’ll have one last drink on me
I always have respected you, but I’m busting out and gettin' free
Oh, whatever makes you happy, I won't stand in your way
Though the bitter taste still lingers as I know you cannot stay

I see a lot of people as I make the rounds
And I say your name here and there as I go from town to town
I’ve never undermined you, I’ve quoted from you oft
Either I'm too sensitive or else I'm gettin' soft

From morning to night time, I replay the past
I know every article by heart, they all went in so fast
If you’re passin’ back this way, I'm not that hard to find
You can always look me up - I really wouldn't mind

Source:
Many thanks to Bob Dylan, whose song “If you see her, say hello” can be found on his “Blood on the Tracks” album. The discussions at the forthcoming IAPP congress should not result in any blood being spilt on Parisian carpets – but, metaphorically, you just never know what might happen.