Leveson Inquiry: ICO to be reconstituted and to get a much bigger stick 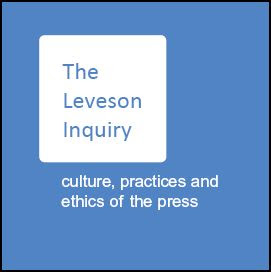 No jokes today. There were grim faces at the Ministry of Justice first thing this morning, and then over in the Queen Elizabeth II Conference Centre when Lord Justice Leveson finally unveiled his report.

At 2000 pages, it’s so long that many of the detailed criticisms, however justly (or unjustly) made, will be read by just a handful of people.

• The procedural provisions of the Data Protection Act 1998 with special application to journalism in:(a) section 32(4) and (5)(b) sections 44 to 46 inclusive should be repealed.

• In conjunction with the repeal of those procedural provisions, consideration should be given to the desirability of including in the Data Protection Act 1998 a provision to the effect that, in considering the exercise of any powers in relation to the media or other publishers, the Information Commissioner’s Office should have special regard to the obligation in law to balance the public interest in freedom of expression alongside the public interest in upholding the data protection regime.

• Specific provision should be made to the effect that, in considering the exercise of any of its powers in relation to the media or other publishers, the Information Commissioner’s Office must have regard to the application to a data controller of any relevant system of regulation or standards enforcement which is contained in or recognised by statute.

• The necessary steps should be taken to bring into force the amendments made to section 55 of the Data Protection Act 1998 by section 77 of the Criminal Justice and Immigration Act 2008 (increase of sentence maxima) to the extent of the maximum specified period; and by section 78 of the 2008 Act (enhanced defence for public interest journalism). [ie the implementation of custodial penalties]

• The prosecution powers of the Information Commissioner should be extended to include any offence which also constitutes a breach of the data protection principles.

• A new duty should be introduced (whether formal or informal) for the Information Commissioner’s Office to consult with the Crown Prosecution Service in relation to the exercise of its powers to undertake criminal proceedings.

• The opportunity should be taken to consider amending the Data Protection Act 1998 formally to reconstitute the Information Commissioner’s Office as an Information Commission, led by a Board of Commissioners with suitable expertise drawn from the worlds of regulation, public administration, law and business, and active consideration should be given in that context to the desirability of including on the Board a Commissioner from the media sector.