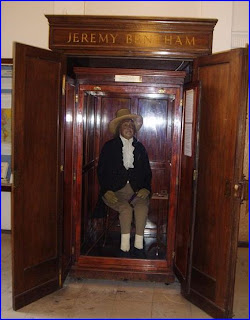 I’ve just read some really disturbing remarks which have been made by a police investigator who surely can’t be one of the brightest of the bunch. This person must have been authorised by someone more senior to have released such really sensitive personal information, but I really wonder whether these blokes in blue truly appreciate the way these stories are likely to hurt many of the innocent victims of personal tragedies.

I’m referring to stories about the private life of a public servant who was found dead in his flat in August. The press were interested because the public servant was an intelligence officer, and the circumstances of his death were extremely unusual. His body was found in a locked holdall, and investigators were convinced that someone else had been involved in putting him into the bag. But they have not found that person (or people) yet.

From the intensive investigations that appear to have been carried out, there seems to be no reason to suggest that his death was connected to his former profession. There is no evidence of murder. He was on leave when the incident occurred, so whatever he was doing, it was in his own time, with his own money, and on his own terms. And without the intervention of any drugs or alcohol.

So why should the investigators feel that they can be so free with the details that have been unearthed over the past four months? While we know very little about what he did when he was actually at work, the police have released huge amounts of information which have enabled journalists to report on many other aspects of his private life. Details have emerged about his lifestyle in London and Cheltenham, his phone use and internet browsing activity, his shopping and social habits, and even his recent participation in educational courses at Central St Martin’s College, in Clerkenwell.

If similarly titilating details about his working life has been leaked, I'm sure that Detective Chief Inspector Jackie Sebire, who is leading the enquiry, would have been demoted to the rank of Dog Poo Inspector by now.

What rights have the police to feel that they can release such information about his personal life? Have they discussed their plans with the family and colleagues of the deceased? Do they care about how they feel? Or is this all just part of some cozy deal with the press to boast about their investigatory prowess? I really wonder if the media interest would have been of the same hysterical degree if the deceased were to have been a middle aged oil worker living in Aberdeen rather than a young intelligence officer living in Central London.

I, for one, am not at all interested in the personal circumstances of this public servant. But, if I came from a closely knit family, I would feel absolutely humiliated and appalled each time more information about this tragic incident reached the public domain. This public servant is not “public property”. He is part of a family, who love and who grieve for him, and who probably have to start the grieving process almost afresh each time more information (however trivial or true) hits the public domain. When will it end? With the coroner’s inquest, which is due to be held next February? I think not. He may well have been an intensively private person. But surely this does not give anyone the right to assume that, just because he has died, his privacy should be respected any less.

A good friend of mine still grieves each time the press print more details of their relative’s involvement in the tragic events of July 2005. In that incident, fifty-two people in addition to the four bombers were killed, and around 700 were injured.

And, thanks to the internet, this stuff simply won’t go away. These memories, half-truths and experiences, remain stubbornly accessible – and they continue be used by journalists and bloggers to generate media headlines that care not a jot about the effect the news will, yet again, have on those relatives who have been so awfully affected before.

Perhaps the French have had it right all along, affording privacy rights to the recently deceased, partly as a mark of respect to the dignity of those who remain alive. All we seem to have done is create rights for media and investigators to conspire to keep lurid stories in the media.

Stories which do little but embarrass and hurt decent people whose only sin is to have loved or to have been closely associated with one of the victims of this tragedy.