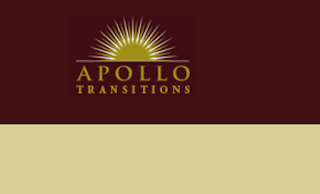 In light of the recent US elections, paving the way for a Trump presidency in 2017, why should companies take the risk of adopting the Privacy Shield as a means of legitimising EU/US transfers?

Not until the latest set of legal challenges has been resolved, anyway.

Well, a recent lunch with a chum who is closer to the minds of the policy-making and legal elites within the EU reminded me of the deep cultural divide that exists inside the Brussels bubble. “Fortress Europe” is the phrase that springs to mind, with a deep unwillingness on the part of the European institutions to accept that other views can quite legitimately be held by actors outside that fortress.

I’m a little worried at how quickly the relations are likely to sour between the UK and the European Institutions, post Brexit. I used to predict with confidence that, post Brexit, representatives from the ICO would be invited to observe the meetings of the (by then) European Data Protection Board, the successor to the Article 29 Working Party. And, that the ICO’s sensible and pragmatic advice would continue to be appreciated by the working groups that will be set up by the Board.  But I’m not so confident now.

My chum had an alarming tale to tell about the way the European institutions maneuvered to impede the work of some of the European groups they were involved with – because the project wasn't wholly within the European Commission’s control. Later, I learnt a little more about the basis on which the Commission decided that certain non-EU countries had “adequate” levels of data protection. Enough said. I won’t reveal any more details.

But the impression I was left with was that the European Commission acts when it is politically expedient for it to act. It either leads, or follows, public opinion. In terms of the General Data Protection Regulation, I think its fair to assume that it’s leading public opinion. After 27 years in this game, I still struggle to meet many members of the public who are as obsessed with privacy as those that devised the GDPR. And I’ve met fewer that have the mental capacity to understand such a complicated Regulation.

So, given a US President –elect with an “American First” agenda, what is the likelihood of EU judges agreeing that the Privacy Shield provides adequate protection against whatever today’s American bogyman is?

Regardless of the comforting words muttered by some of Europe’s elite, congratulating Donald Trump on his achievement, I sense the tectonic plates shifting again, with Fortress Europe building ever stronger protections against those oiks who see themselves at nationalists, rather than Europeans.

I sense that, post Brexit, most European institutions will be giving the Brits the cold shoulder as we try to engage with European businesses – while the Americans will face a much frostier reaction.

And I suspect that one of the battles will rage around the EU–US personal information flows.

I suspect that well intentioned Europeans will redouble their efforts to prevent EU citizen’s personal data being transferred what they perceive to be an evil empire -  despite the heroic efforts by both sides to agree a framework that was more reassuring than Safe Harbor.

And I suspect that the EU courts may find some sympathy with their motives.

My advice to data controllers who worry about such issues today is simple: Sit tight, rely on the current European Commission-approved model clauses to legitimize your EU/US data flows, wait for them (in turn) to be denounced by the European courts, and then wait several months before the European Commission decides what form of legalese really does need to be incorporated into the contracts. And then act.