Winning the (legislative) war of attrition 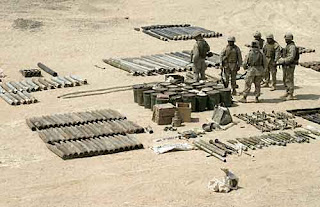 I spotted a pair of the brightest stars in the legal firmament at last night’s lecture at the Institute of Advanced Legal Studies. In terms of “A listers”, they don’t get much better than Michael Zander and Gavin Drewry. Google their names if you’ve never heard of them. I first came across Professor Michael Zander as a first year law student – his book was “the” legal text book to buy. Expensive (then) but oh so comprehensive. While Professor Gavin Drewery is one of the leading authorities on public administration, and one of our greatest experts on the workings of Parliament.

What had persuaded then to pop out for the night then? It was to hear Paul Regan, a Home Office civil servant, giving his perspective on enacting legislation. The audience – members of the pubic, and members of the Statute Law Society. And boy, was he qualified to give this presentation. To give you an idea of his background, he worked on Lord Justice Scott’s hugely sensitive enquiry into the sale of defence equipment to Iraq. Paul led the Home Office’s Bill team on the War Crimes Act 1991, the Terrorism Act 2006, fox hunting legislation in 2000, as well as the Extradition Act 2003 – the first major piece of legislative reform in that area since 1870. He knows more than a thing or two about how Parliament works, and he knows just what needs to be done to get legislation onto the Statute Book. And, with his work in the Office for Security and Counter Terrorism, he knows how to get stuff done discretely. (His image does not appear to be on the internet, either).

One phrase Paul used last night (several times) sticks in my mind. He constantly referred to “winning a war of attrition” between the various players in the legislative process. You can’t take your eye off the main purpose of the bill, and it’s so important to save the important bits from being sacrificed during the horse trading that often accompanies the dying days of a Parliament, as a series of bills are savaged during the game of “Parliamentary ping pong”. It can only be hours to go before Parliament is prorogued, but both Houses of Parliament still have to agree on an identical text. Grubby politics and political expediency becomes the order of the day, and this is an art in which a few people – like Paul, excel.

What’s that got to do with data protection?

Well, it got me thinking about the tactics that will need to be adopted when the European Commission gets to propose its cunning plan for a revised Data Protection Directive. Will the British team have officials who excel in that art of grubby politics and political expediency? Or will a delegation from another Member State have the upper hand and force a political deal that’s more suited to their cultural needs, rather than then cultural needs of British interests?

I guess we’ll have to wait and see. Fellow students of the art of European legislation gestation appreciate how frequently what appears to be a sensible measure is shafted by a last minute amendment which introduces a set of words that skews the delicate balance between the competing interests that had previously been negotiated. And we all know how little interest politicians seem to take in legislation once it has been passed. Passing laws and implementing laws are entirely different things. Their focus will have shifted by that time, to a new and knotty problem, one which requires urgent action and ... yep, you’ve guessed it, new legislation. Politicians appear to relish in the sense of immediacy, and in the need to have something to show for the time they’ve been in office. If I had my way I would encourage our political masters to pass less legislation, and instead take more care in trying to make it actually work.


Note:
The image is of a large arms cache discovered by US Marines during a sweep through Iraq some 6 years ago. I’m not suggesting that these were the arms which were the subject of Lord Justice Scott’s enquiry, nor that Paul Regan had anything to do with them.