Freebies: The kindness of (not so) strangers 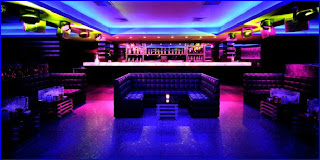 “Whoever you are, I have always depended on the kindness of strangers”. It’s a brilliant final line from the play Streetcar Named Desire. And it’s one that frequently comes to mind when accepting corporate hospitality when data protecting.

The sponsors of the International Association of Privacy Professionals’ European congress in Paris certainty pulled out all the stops this week. [Note to the sponsor's expenses departments: None of the expenditure was inappropriate, nor of a kind likely to interest local fraud and corruption teams. No money changed hands. One iPad was won, some really nice chocolates, football shirts and card holders were proffered, and we all now must have enough spare pens and paper pads to enable us to start to restock the stationery cupboard when we return to the office.]

But, and this is a big but, the conference venue was within a few yards of the Arc de Triumph. Local hotels were not cheap, people (like me) who were not travelling on expenses we were all very grateful for the drinks and dinners that were so kindly laid on for all those who were considered sufficiently deserving. Data protecting is thirsty and hungry work. And all of the sponsors laid on wonderful events.

The largest drinks event was held at the ultra fashionable night club L’Arc, just across the road from the Arc de Triumph. Every conference delegate had been invited for IAPP cocktails sponsored by our chums at Yahoo!, and a fashionably chic time was had by all. Apparently, George Clooney was there last week. I doubt they will be talking for long in such hushed tones about the way in which I worked the room and smashed a glass of champagne, but I did have a quiet word with some old friends – and take the opportunity to make some really nice new friends. It’s a club I would heartily recommend – and its website advises that there are just a few tickets left for the New Year bash, each priced at £330 (excluding drinks). 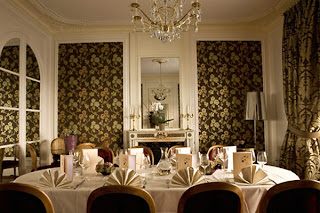 The most historic event occurred on Wednesday night, after the congress had actually finished. Trevor Hughes, Chief Executive Officer of the IAPP had a brilliant idea and had invited the heads of the principal national European data protection associations to a special dinner at the Hotel Vernet, one of the most distinguished hotels in Paris. It was the first time that the representatives from these bodies had been formally invited to meet each other. Personal relationships were quickly cemented. And agreements were reached to deepen these relationships.

Hopefully, for example, next March will see senior figures from both the French and the German privacy associations addressing members of the Data Protection Forum in London, giving their own national perspectives on the European Commission's proposals for a new legal framework. The aim is that we Brits will get a better understanding of what concerns French and German citizens (and data controllers) have about the measures which really ought to have been published by then, and vice versa. A bientôt! Bis Bald! The Data Protection forum really will adopt an international flavour that day.

If this is the sort of event that might be of interest (the Forum meeting, not the dinner!), and you are free on Tuesday, 13 March 2012, then please feel free to contact the Forum’s secretary and ask her nicely about how to become a member of the Forum. Guidance on becoming a DPF member is at http://www.dpforum.org.uk/join-data-protection-forum.shtml.

And what about the weighty matters discussed by those who attended the dinner? Well, enough business was transacted for us to unanimously declare the occasion a great success. Privacy, as a profession, has well and truly arrived. So, through the IAPP, another international network of privacy professionals is being created, which will enable members to engage both with their contemporaries, and with the hierarchies of the privacy regulators.