My evening with Edward Snowden 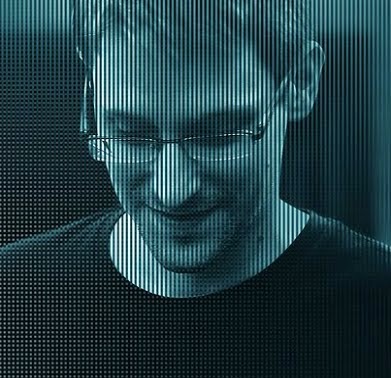 The invitation arrived the day before yesterday. Last night, I was bidden to a discrete basement venue in a luxury hotel in Knightsbridge, past several layers of (unobtrusive) security, with a small group that included Baroness Martha Lane-Fox, fellow blogger Paul Stanies (he of Guido Fawkes fame) and the GSMA’s globetrotting privacy guru, Pat Walshe.

Drinks and nibbles were consumed before we were ushered into a state-of-the-art screening room for a private viewing of Citizenfour, the recently released documentary that will undoubtedly become required viewing for spooks and for all people interested in American (and British) surveillance programmes.

In January 2013, documentary maker Laura Poitras started receiving encrypted emails from someone identifying himself as “citizen four”, who was ready to reveal the NSA’ s and GCHQ’s covert surveillance techniques.

In June 2013 she and journalist Glenn Greenwald flew to Hong Kong to meet this man, and she brought her camera with her. The film that results from the tense encounters is a real thriller, revealing far more about Edward Snowden that I had expected to learn.

Filmed as it actually happened, we are in the hotel room when Snowden passes to Greenwald the electronic files that have had such a seismic impact on the NSA and GCHQ. We see how it is done, and we can only marvel at how easy it is to transfer so much information so quickly.

More importantly, we get a better insight into why Snowden did what he did. What comes across (in this documentary, at least), is Snowden’s concern at what he considers to be the unconstrained nature of the NSA’s capabilities. Where is the accountability, the oversight, or any sense of honesty or humility amongst those who apparently determine how everyone’s communications are constantly evaluated? It’s not very evident in this film.

Snowden’s personality is very different from that of Julian Assange, who we see fleetingly, when Julian’s team arrange for Snowden to be spirited out of Hong Kong, en route to a safer country, via Moscow. Snowden frequently tells the journalists he is briefing that he does not want to be the story. He wants his electronic files to be the story – and to that extent he is presented as someone who is happy to be acknowledged as the person who revealed the surveillance programmes the world, but not someone who wants to take very much credit for doing so. But he is certainly not ashamed of what he did.

After the film, a very useful discussion was held with some of the people who were linked with the production team.

The lesson, at least for the UK’s next attempt at introducing legislation to update the Regulation of Investigatory Powers Act, is pretty clear. Those who monitor the work carried out by investigators must be seen to be operating more independently from the investigators. This can be done, pragmatically, by increasing the distance between the “Single Point of Contact” and the investigator.

If an even greater sense of independence is required, how can such an “air gap” be created?

Perhaps, by spinning the SPOCs (and telecommunications intelligence units) out of the police forces and into a body like the Independent Police Complaints Commission. That way, the Interception of Communications Commissioner’s inspectors could routinely inspect the work of the IPPC, as well as that of individual police forces.  And the pubic won’t need to worry that some policemen are simply marking the homework of other policemen. (Which is what David Davis MP is always going on about.)

But will confidence-building measures like this prevent citizens from turning, in their droves, to companies like F-Secure? I doubt it. Their super-simple online privacy and security tools are causing more than just a few headaches for the investigators who, just a short while ago, used to rule the electromagnetic waves.

Its so easy (and cheap) to become relatively invisible and anonymous on-line these days.

And if the (American) investigators continue to be portrayed as being unaccountable and unconstrained, they will only have themselves to blame if public opinion turns against them.