Changes on the horizon for the ICO 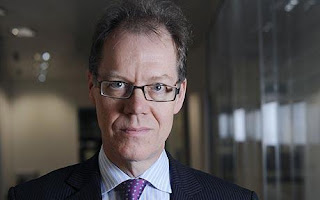 The grandly titled Protection of Freedoms Bill has just been published by the Deputy Prime Minister.

The masses will focus on the proposals to ensure that the mighty Regulation of Investigatory Powers Act will no longer be used for minor snooping; S44 stop and search powers will be scrapped and control orders abolished; detention without trial will be reduced to 14 days; and the DNA of innocent persons will be removed from police databases.

The data protection aficionados may be more interested in other provisions, such as those in Clause 95 which provide that the Information Commissioner should, in future, be appointed following a selection process based on merit on the basis of fair and open competition, and that the Commissioner may only serve one term of office.

I like it. Actually, I like it so much that I’m thinking of putting my hat in the ring next time to see if I am to be the preferred one for a fixed term.

Just think what fun it would be. Power – and influence. And an opportunity to make a mark before my political masters replace me with someone much more to their liking.

But would I mind being replaced after just one term? Certainly not. After all, there is a career to be had in Commissioning, these days. I haven’t seen a list of Commissioners recently - and I expect that by the time I ever get to be one, they’ll be far fewer than there are now. But even so, I would be honoured to accept, say, a couple of public appointments before I’m finally put out to grass.

If my face doesn’t fit for the post of Information Commissioner, then perhaps I might be ok for the new job of the Surveillance Camera Commissioner, as envisaged by Clause 34 of the Bill. All he appears to be required to do is to work with the police and a range of local authorities (and any one else added to the list later on) to:

• encourage compliance with a surveillance camera code,
• review the operation of the code, and
• provide advice about the code (including changes to it or breaches of it).

And I have a great idea to save some public money. Rather than engage too many consultants to create such a code, I’ll just borrow and rebrand the Information Commissioner’s CCTV Code of Practice, and spend my term in office trying to enforce that one instead.

But why create a Commissioner to enforce a code when we’ve already got a perfectly serviceable one – and a team of civil servants in Wilmslow -apparently already charged with regulating it, I hear you ask. I’m not sure of the answer yet – but I’ll have one as soon as I get my gong for being accountable for it.

Somewhat surprisingly, the the Information Commissioner didn't say much about the proposals in Clauses 34 and 95 in his press release on the Bill yesterday. The short statement did comment that: the detail of these important provisions will need careful consideration. The current proposals on improved regulation of CCTV and ANPR are limited to the police and local government only but their use is much more widespread. We will be examining all of the Bill’s provisions closely to be satisfied that they will deliver in practice. I thought he might have asked why his was not considered fit for purpose. After all, if the Commissioner's current CCTV Code of Practice is not good enough for the police and the local authorities, why should it be considered adequate for the rest of us?

Some might see this proposal as a deliderate snub to the ICO. Is Parliament getting its own back for the pain the previous Commissioner caused parliamentarians when he required them to be more transparent with their expense accounts? Obviously not. There must be another reason.

I’m sure I would make a good Commissioner, whatever I was in charge of commissioning. I feel I have a lot to give. Boundless energy. Common sense. Commitment. A sense of humour. A personal style. Discretion. Modesty. I’m probably not that good at man management and all that HR stuff, but then again policy has always been my passion. Not pay and rations.

So, Mr Deputy Prime Minister. If you want a Chief Executive to run things, you may not be after me. But, if you are looking for a potential Commissioner who has a vision (or at least a cunning plan), then do please get in touch.