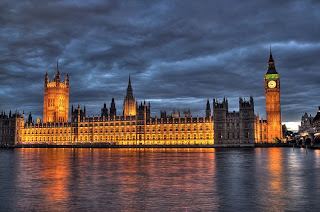 Lots of us, when we were kids, used to scrawl slogans on walls, either because we wanted to show off, or because we felt quite passionately about something or other and we wanted others to know about it. Stuff like “Roz woz ere” or “George Davis is innocent, OK”. Blogging didn’t exist when I was at school.

Parliamentarians do this too, although they call it something different. If an MP does it, it’s not graffiti. Instead, it’s an Early Day Motion. The formal explanation, according to the Parliamentary website, is that: Early day motions (EDMs) are formal motions submitted for debate in the House of Commons. However, very few EDMs are actually debated. Instead, they are used for reasons such as publicising the views of individual MPs, drawing attention to specific events or campaigns, and demonstrating the extent of parliamentary support for a particular cause or point of view. An MP can add their signature to an EDM to show their support.

I’ve selected a some recent EDMs to give you an idea of the sort of issues they consider worthy of consideration for a debate in the House of Commons.

How about this one, submitted by David Morris and supported by 4 of his colleagues, Alan Meale, Austin Mitchell, Jeremy Corbyn and John McDonnell.

That this House notes that David Hasselhoff visited the precincts of the House on 8 February 2011; further notes that he pledged his support for the reopening of Morecambe Winter Gardens; believes that this demonstrates the international significance of the Winter Gardens; further believes that reopening them would reinstate an important part of the UK's heritage and bring vital regeneration to the town of Morecambe; and wishes Mr Hasselhoff good luck in his participation in Britain's Got Talent and in his other projects in the UK.

I can’t remember ever being a great fan of “The Hoff”, and while I am a regular viewer of "Britain's Got Talent", surely these guys have better things to do than using public resources to create and support motions like this.

You might have thought that another EDM, also proposed last Tuesday, would have attracted much more support – yet EDM 1419 SITUATION IN EGYPT, proposed by Jim Shannon has only attracted the support of 21 other MPs:

That this House, taking into account the level of distress and civil unrest in Egypt and mindful of the relationship between the UK and Egypt, urges the Government to take the diplomatic steps necessary to ensure that there is real democratic freedom and security within that country.

Jeremy Corbyn and John McDonnell supported that EDM, too.

Finally, for a laugh, I thought I would draw some attention to EDM to something that isn’t actually supposed to exist any more.

Since 11 January, Tom Watson has managed to get 18 of his chums to get awfully upset about the Interception Modernisation Programme – you remember, the programme that gathered a lot of adverse media attention last year. Here is the EDM, in all its glory, anyway:

That this House expresses its deep concern about the Government's proposal, contained within the Strategic Defence and Security Review, to develop an interception modernisation programme; notes that such a programme would include a proposal to store every email, webpage visit and telephone call made in the UK for an unspecified period; further notes that the Home Office has previously estimated that such a database would cost in the region of 2 billion to develop; believes that the development of an interception modernisation programme raises serious privacy, data storage and access concerns; and calls on the Government to issue a full public consultation on its proposals as soon as possible.

And yes, the signatories include Alan Meale, Jeremy Corbyn and John McDonnell. They support a lot of motions, these guys. I’m impressed. I wonder, when they were kids, whether they got through more crayons than anyone else at their schools?

For the record, it appears that quite a few MPs never (or hardly ever) bother to sign EDMs. Neither David Cameron, Nick Clegg or have appended their names to any of the 1479 EDMS that have been prepared during the current Parliamentary session. The same with lots of other senior Coalition Government members. They've been busy doing other stuff. But neither have people like Bob Ainsworth, Ben Bradshaw, Andy Burnham or Alistair Darling, who I would have thought would have had much more time on their hands, these days. Others feel the need to support lots. Our friend John McDonell, for example, appears to have appended his name to 1033 of them.

One final thought on Tom Watson's EDM - I was never under the impression that the retention period for storing communications records was to be "unspecified". Perhaps the Home Secretary would care to write to the people who have supported his Motion to point out the inaccuracy, and to invite them to withdraw their names from it.