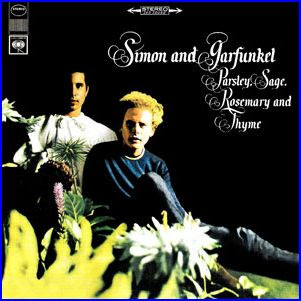 After posting yesterday’s compulsory breach notification ode, I wanted to draft some doggerel which celebrated the work of the Information Commissioner's Office, rather than gently criticised it.

My mind slipped back to what I know – or at least a team at Wilmslow I’ve got to know pretty well over the past few years.

And, having spent many a happy hour in their company recently, I thought would post a few lines which commemorates the work that Sally-anne Poole and her team do, as they rush all over the country, trying to do good before anyone else suggests otherwise.

I must thank Mr Paul Simon and Mr Art Garfunkel for giving me the basic idea, which I have lovingly ripped off, and am honoured to dedicate this ditty to Karl, Steve, Janice, Aminah - and the truly amazing Sophie.

According to Wikipedia, the original lyrics were written by Paul Simon late in 1965 as he was stranded overnight either at Farnworth railway station (in Widnes) or at Warrington Railway Station. Paul can’t remember which station it was, although for sentimental reasons I would like to think he was stranded overnight on the platform at Warrington Railway Station. Don’t ask why – it’s too personal! The song debuted on the Billboard Hot 100 Chart on February 12, 1966, peaking at #5. It remained on the charts for 12 weeks.

Anyway, Mr Commissioner – these guys really do deserve a bonus.

I'm sittin' in a railway station, got a ticket for my destination
Visiting some awful towns, just case notes and my phone at hand
And every stop is neatly planned for an investigator and a one-man band

Every day's an endless dream of cigarettes and magazines
Each incident feels the same to me, the mistakes and apologies
And every press release I see reminds me that I long to be

Tonight I'll write a breach report, I'll play the game and pretend
But all my words come back to me, in shades of mediocrity
Like emptiness and harmony, I need someone to comfort me