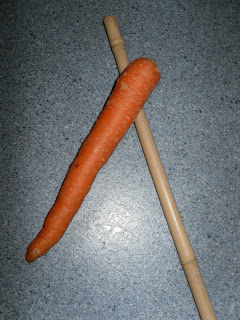 The Information Commissioner has been playing his cards pretty close to his chest recently.

While media and legal commentators have been basically living in the television and radio studios these past few weeks, as the current scandal about the methods used by the gutter end of the press to obtain their source material for tittle-tattle just grows by the day, his Office appears to have been relatively silent on the whole affair.

They have presumably been keen to ensure that real evidence is unearthed before they offer their opinions about the situation.

Its front page says only this:

In 2006 the ICO laid two special reports before Parliament. 'What price privacy?' and its follow up report 'What price privacy now?' uncovered an extensive illegal trade in confidential information, also known as blagging. The report made recommendations to government and industry in an effort to halt a serious threat to individuals’ privacy.

Phone hacking is a matter for the police but the act of blagging personal information is an offence under section 55 of the Data Protection Act.

The story is moving so quickly, with new and more astonishing revelations emerging almost by the hour, that it’s probably best to take a vow of silence right now. Enough noise is being made by others. We all know what the law is – what we now need are the facts and it will then become pretty clear pretty quickly just who is culpable for what.

But them so what? Will these revelations herald a behavioural change among all journalists, the likes of which newspaper proprietors have never seen before? I’m not sure – and then again I’m not sure that I really just want to see change legislated on a group of journalists, the vast majority of whom I am sure are just as appalled as the rest of us at the behaviour of an extremely small number of them.

In the same way that I’m hoping that a new Data Protection Directive won’t be marked by a huge increase in regulation and fixed rules, I do hope that journalists won’t face a sea of statutory regulation which saps the life blood out of decent, hard working professionals who strive to give deserved areas the oxygen of publicity.

We all know that decent people, in whatever profession (be it data protection or journalism) will strive to work to high standards, whatever the rules are. And we all know that a small minority of sneaky people will use devious tricks to bypass whatever rules are in place.

So let’s not lose the plot. Let’s not just cry for stronger rules – when what we actually want to achieve is a behavioural change. And to change behaviours, among decent folk, I find that we do need carrots as well as a good stick.