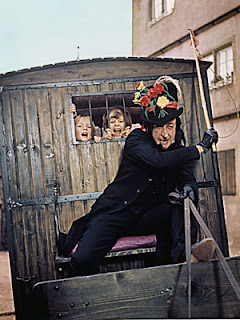 A very respectable crowd was drawn to the Adam Street Club last night to commemorate the departure of the Chief Executive of the Internet Watch Foundation. The IWF has been combating child sexual abuse content on the internet since 1996, and a number of the earliest stakeholders were in attendance. These were people who acted when it was technically illegal to do what needed to be done to catch the real criminals. The crowd included some of the key officials who arranged for the law to be changed, through the Sexual Offences Act 2003, to give IWF staff (and certain investigators working for the communication and internet service providers) a legitimate basis on which to access, review and act on the grossly indecent images that were being circulated.

The IWF is the UK’s Hotline for reporting criminal online content – for child sexual abuse content hosted anywhere in the world; criminally obscene adult content hosted in the UK; and non-photographic child sexual abuse images hosted in the UK. It’s led the field in this area, and there are now very few civilised countries that have not followed this model. We owe a great deal of thanks to those who were prepared to stick their own reputations on the line by taking a leading role to persuade their colleagues what was really in the best interests of the internet industry.

One of the things you quickly learn in this area is that the trusted players operate by sharing their values and by sharing their confidences. So I’m not going to breach any confidences, by revealing just what was said last night, either about or by, the departing Peter Robbins. But when the history of European internet censorship is written, a pretty large chapter will be devoted to the debates which fiercely raged over a decade ago, and how a consensus emerged about the need to ensure that the right of free access to ideas and information on the internet is a qualified right, rather than an absolute right.

The debate carries on today, and at the club last night was someone who represents the next sector pushing for censorship. No need to mention names, (or the sector) as the discussions are still continuing behind closed doors. My heart tells me that we are, in the UK , moving towards a form of judicially approved internet censorship. And, the libertarian that I am, finds it hard to argue with the general direction of travel, so long as the censor is accountable and acts in a way that enables their decisions to be judicially reviewed.

Should we allow people whose values encourage violence and intimidation to those who wish to live in liberal democracies the privilege of being able to spread their poison widely on the internet? Or should we do what we can to fight those who are determined to undermine us? My instincts are to fight, and if that means preventing their ability to spread their ideas on the internet, then so be it.

It’s not about politics, it’s about living in a society amongst decent people. We have a great deal to thank the IWF for, to the past 15 years, to prevent decent people from being harmed. And let’s look forward to the next 15 years, as the arc of internet censorship is everso slightly widened, to ensure that it deals with the new forms of sickening ideas that some people seen happy to spread.