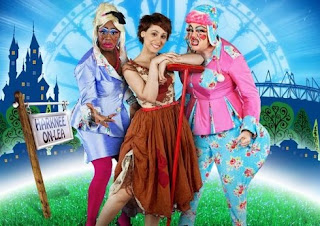 Last night I dreamt that I had been passed another sensational set of documents that the European Commission had been expected to keep secret until European Data Protection Day.

In an amazing breach of security within the European Commission, the Directorate General responsible for press launches and pronouncements (also known as DG XVIIXV) appeared to leak details of not only what initiatives will be launched by the Commission on European Data Protection Day, but also what Commissioner Viviane Reding will be wearing as she formally launches them.

Pictured (left) are the 3 outfits that Commissioner Reding is apparently due to slip into for the Data Protection Breakfast, Data Protection Brunch and Data Protection Dinner events that will be held in Brussels on 28 January. Designed by international couturier Harknee Onlea, the clothes are set to frame three very significant (and different) types of initiatives that are to flower over the next few years.

The Data Protection Breakfast dress, pictured centre, represents Commissioner Reding’s current aim which, as she sees it, is to clean up the mess of a couple of decades of anarchy by Member States, who have for too long wanted things all their own way. At this event, she will unveil a 37 point plan which commits the Commission to sweeping away the rights of Member States to create their own data protection rules, and with a few strokes of her magic broom, she’ll tidy up the data protection clutter that various controllers prefer to think of as rules which their own citizens quite like.

The Data Protection Brunch dress, pictured left, represents Viviane’s next aim, which is to look friendly to those funny foreigners who prefer to play by other rules. You know the people I mean, the “foreigners” whose place of establishment is outside the EEA. Those that, for reasons best known to themselves, believe that data flows around the world, rather than just within EEA boundaries. So we can expect her to be announcing at the brunch that she'll be doing a lot of travelling in this outfit (tights being optional in the hotter climates), as she works tirelessly, visiting the many hundreds of countries on the Commission’s list which do not yet officially have “adequate” data protection standards.

Finally, the Data Protection Dinner Dress, pictured right, represents Viviane’s aim to ensure that the Commission’s new legislative framework, to be unveiled at precisely midnight on Data Protection Day, receives the full scrutiny it deserves before negotiators from the Member States collapse with exhaustion and agree something, anything, rather than continue the interminable discussions. In a master stroke, the designers have cleverly hidden a couple of travel pillows inside her outfit, so Viviane can snatch some proper rest while everyone else continues the marathon arguments over the wording of the 398 draft Articles (and the 1,649 whereas clauses) in the months and years ahead.

There is a silver lining to this calamity though. The early reporting of this unprecedented security breach has at least given international couturiers Harknee Onlea a few more weeks to make some last minute tweaks to Commissioner Reding’s costumes, so they will come as a genuine surprise to those who get to see her on International Data Protection Day.

As for the rest of the carefully worked out 37 point plan, the announcements to visits hundreds of foreign countries and the publication of all 398 articles and whatever else passes for proposals for a revised legal framework, that pantomime might as well continue as planned.


Sources:
It is Christmas, after all, and I may well have been at the pies. They bring on odd dreams. I have also been to see Cinderella at the Hackney Empire, and can recommend it most warmly to all data protection folk who have a sense of humour.