Is someone in the Commission discarding some articles? 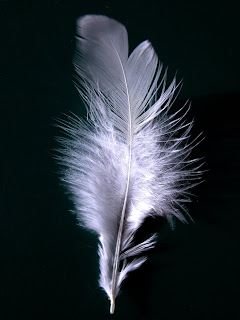 The gossip is that someone has obviously put their common sense shoes on, and has started kicking out a few of the more outrageous proposals in the widely leaked draft of a new legal framework for data protection (the infamous Version 56).

This can only be good news.

Actually, I had no sooner returned from delivering a hard-hitting presentation in central London yesterday, lampooning Commissioner Reding’s team for proposing that data controllers face fines of between 100,000 and 1 million Euros (or 5% of their global turnover), for failing to promptly inform the regulator of a personal data breach (ie within 24 hours), than I learnt from my chums at DataGuidance that the proposal has apparently been dropped.

Excellent to see common-sense breaking out before the wider world starts to question the Commission’s general approach, once what’s left is formally published.

And let’s hope for better news to come. What about the age of consent, for example. Is it really appropriate that people under the age of 18 are considered children and therefore unable to give their consent without an adult’s permission? It is surely ludicrous that in the UK, a Chief Constable of Police can authorise a person as young as 7 to be issued with a firearms permit, and yet they will have to wait a further 11 years before being able, in data protection terms, to consent to, say, non essential cookies being placed on their electronic devices.

But I digress. Actually, the real purpose of today’s blog was to offer some advice on etiquette and protocol. And especially the protocol on how to behave in the presence of a Commissioner.

Should I be summoned into the presence of a Royal personage, I will have first had a briefing on Royal protocol. So I will feel comfortable with the rules on when to bow, and how deeply, and when I should raise my eyes to look into theirs. What questions should the honoured visitor be asked? That sort of stuff.

But if I were asked to draw up a protocol statement for a Commissioner, so my friends would know how to behave and what to expect, what would I do? Well, with tongue very much in cheek, and without being briefed on the seniority (or the sex) of the office holder, I might start with something like this:

The next time you hear the band
Is when a glove leaves their hand
How alluring, how appealing
Now their jacket's hit the ceiling

For it's the Commissioner
Simply, the greatest stripper in town

http://statewatch.org/news/2011/dec/eu-com-draft-dp-reg-inter-service-consultation.pdf (Article 79(4)(h)
http://dataguidance.com/news.asp?id=1695
And thanks to Chris de Burg, whose music was in my mind last night.