The European Data Protection Supervisor shows us his list 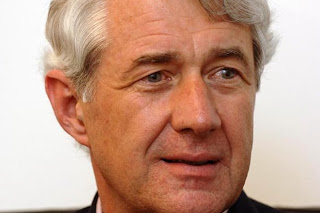 Truth really is stranger than fiction.

Yesterday, for example, I blogged (in a light-hearted manner) about an imaginary 37 point plan that Commissioner Viviane Reding would unveil on International Data Protection Day (28th January) “which commits the Commission to sweeping away the rights of Member States to create their own data protection rules”.

Surely, I thought to myself, no-one really works to things as complicated as 37 point plans any more.

But I was wrong.

No sooner than I published yesterday’s blog than friends from Brussels had contacted me with the news that it was not only Commissioner Reding who had a lot on her plate. This very day, for example, Peter Hustinx, the European Data Protection Supervisor would announce his own workload for 2012. Peter’s tasks will compliment the European Commission’s very own agenda (or inventory) – which has 78 separate items which need tracking and resolving.

And to show just how frantically busy Peter is going to be, today he announced that he will issue an opinion on 32 items in the inventory. Additionally, he may comment or issue an opinion on a further 27 items. And as for the remaining 19 items? Well, apparently he’ll just be following developments.

So, a minimum of 32 opinions from Peter Hustinx to look forward to this year. Mmmmmmmm. Can’t wait.

It’s interesting to note the order in which the European Commission has prioritised the inventory. It reads like a political hit parade, with the most important issue ranked No 1, and the least important one (which concerns an Anti-Counterfeiting Trade Agreement) languishing at the bottom at No 78.

Other interesting rankings are an EU-US consumer protection cooperation agreement (No 71), and the development of EU driving licences containing microchips (No 63).

Work on a new Data Protection Directive comes in at 42 on the list. Work on making the internet a safer place for children slips in at No 33. Common rules on data breach notifications is at No 26. Revised rules on the retention of communications records for law enforcement purposes streaks in ahead of these at No 16.

And the most pressing priority?

No, it’s not about protecting the Euro. Actually it’s about the transparency rules on the financing of the Common Agricultural Policy. It seems that some farmers are pretty miffed that their basic human rights may be compromised if Member States were obliged to publish details of all subsidies to beneficiaries of payments under the CAP and rural development policy. And, some courts have held that these farmers may have a point.

Peter Hustinx might want to have a word with former (British) Information Commissioner Richard Thomas about this. After all, Richard faced similar issues when deciding whether politicians needed to own up about making “subsistence” claims for duck houses and moat cleaners a few years ago. The roar from the crowd when they realised they might have been ripped off must have been heard all the way from Westminster to Rotherham.

So, I don’t think that Peter needs to spend too much time on priority No 1. I think he should make it pretty clear that the basic human right of privacy can turn into a very qualified right when someone consciously applies for public funds for a purpose which is subsequently seen as dishonest or unconscionable.

Let’s see how Peter opines on that one.

And let’s hope that, even with a workload as heavy as his, Peter still manages to get out from his office frequently and travel all over Europe to assess life as we live it, rather than just life as it is imagined from Brussels.

(If he needs anyone to carry his bags, I will be available quite soon.)