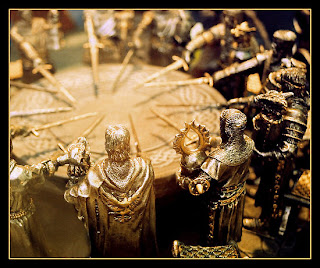 Another full day of data protecting today - which began with an interesting “Data Protection Roundtable” event, sponsored by Sophos and hosted at the offices of Field Fisher Waterhouse in London. The idea was that a glittering array of data protection experts would be on hand to discuss the results of a newly commissioned survey on current data protection laws with some of the finest journalists on the land.

It was fun – and quite thought provoking. Look out for the articles mentioning this Sophos survey which ought to be appearing quite soon in Computer Business Review, SC Magazine, Computer Weekly, IT Pro, Silicon, GT News, Computing and Privacy Laws & Business.

The discussion didn’t just end up as a platform for promoting the services that Sophos can supply to its clients. Instead, people were able to focus on other issues that were on the horizon – such as the issue of breach notification rules, and whether “breach notification” was actually the right tool to address many of the concerns which surrounded the extent to which people’s personal information is currently secured. Has the world been right to copy the breach notification concept, the brainchild of Arnold Schwarzenegger’s administration in California? Perhaps there is actually a better way of terminating the problem. Who will be the first to find Stewart Room’s and Eduardo Ustaran’s thoughts on this issue, as expressed so eloquently at today’s session?

In any event, how are breach notification rules likely to affect the current behaviour of the largest and most reputable British data controllers?

And, when will the Information Commissioner start exercising his new powers to fine those who are responsible for the most serious of data blunders?

Why am I asking so many questions?

I’m not really sure - but the answers might be available, if the journalists have faithfully reported the discussions, somewhere on the internet, quite soon!
Posted by Data Protector at 12:14