Setting out the coalition’s stall 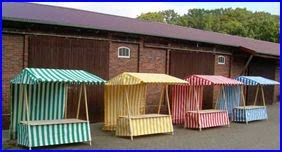 Nick Clegg set out the aims of this current liberal parliament in a speech at the think tank Demos today. No, I wasn’t there to hear it myself. (I was invited, but the invitation arrived too late for me to rearrange my plans and hoof it down to Tooley Street. Entirely my mistake. I really ought to take a closer interest in my emails.)

But Nick was kind enough to send me a copy of his text when he wrote to me this evening. Very nice of him. I was interested in his views on the extent to which regulation plays a role in governing the people. After all, we are all promised a great Reform Bill later this year, where perhaps a bonfire of regulations will go up in smoke. What was he going to say about freedom, or of safeguarding information rights?

Not much today – but then again it would probably have been stupid for him to have wasted the opportunity to assure the public on the biggest issues of the day – such as economics, education and political reform. What did he end up saying about regulation – bearing in mind the interest the data protection community has in understanding what level of regulation is going to be foisted upon the citizens of the EU given the faults inherent in current data protection law?

Here is (some of) what he had to say:

A liberal cannot hold a simple ‘for’ or ‘against’ view of regulation. It is clear that in many areas, we have not had enough regulation in the last decade – the banks and the housing market being the most obvious examples. On the other hand, we have seen far too much regulation for small businesses, and too much micro-management in the day-to-day lives of ordinary people. A liberal cannot say that a state is too big - but we can certainly say the state has become too big for its boots. Labour over-regulated in some areas, but under-regulated in others.

I did notice one carefully crafted comment – which surely was not meant to criticize the politics of a person I (thought I) heard proclaiming himself a convert to Libertarianism a little while ago, and who wants to be selected as the Liberal Democrat candidate for the London Mayoral elections: Mr Lembit Opik!

Nick first referred to remarks made by the Nobel prize winner Amartya Sen: As Sen puts it: “Responsible adults must be in charge of their own well-being; it is for them to decide how to use their capabilities. But the capabilities that a person does actually have depends on the nature of social arrangements, which can be crucial for individual freedoms. And there the state and the society cannot escape responsibility. I agree. This is a vital element of the liberal approach, as opposed to libertarians, or neo-liberals if you prefer. Libertarians believe that simply clearing away obstacles will set people free. Liberals understand that for a person to have power over their life, they need capabilities too.

In terms of data protection regulation, what does this mean?

It probably means that data controllers should not expect the regulatory state to be rolled back to such an extent that they can trample over the legitimate needs of individuals. Instead, individuals need to be provided with a greater degree of digital awareness, in order that they can flex their own muscles and make their own, meaningful, choices about where they should leave their digital footprints, and about who should be able to follow their trails.

Yep, I’m all in favour of that.

Nick ended his speech by hoping that by 2015:

• power will have been radically redistributed towards people
• our civil liberties will have been restored
• our broken political system will be repaired
• our economy will be balanced, green and growing

If the coalition Government succeeds, by 2015 Britain will be a more liberal nation, a nation of stronger citizens living in a fairer society. I am under no illusions about the scale of this ambition. But I am also in no doubt that we can achieve it.

Heavy, aspirational stuff. But all power to him - and to his mate Dave, of course - if the Government manages to pull it off.
Posted by Data Protector at 13:11