Internet parental controls: Not in front of the children (or the in-laws) 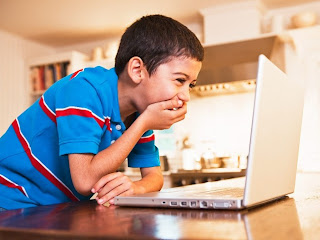 This afternoon, the usual suspects packed themselves into a Parliamentary Committee room to hear some familiar figures confirm what we had already suspected about parental controls and the internet. It’s not about censorship; instead it’s about giving the people who pay for internet services the ability to decide whether (and when) particular types of services should be supplied to them - and to anyone else who might also use that internet connection.

ISPA Chairman Nicholas Lansman skilfully managed to ensure that the usual points were debated in a wide-ranging discussion, characterised by an atmosphere of concern and some respect for the feelings of others.

Ed Vaizey, Minister for Culture and a load of other stuff, opened the proceedings by pointing out that the forthcoming emergence of internet-enabled TV sets meant that the time had come for genuine action on the part of service providers, to ensure that concerned parents had easily accessible tools which could be used to protect their children. MP’s postbags were heaving with signs of concern from parents, so some form of formal regulation would be a natural consequence to the inability of service providers to devise their own solutions. He was keen to emphasise that this was not a freedom of speech issue - adults should always be able to access legal content. But adults should also be able to control the internet experience they were paying to provide to their children.

What about parents who felt unwilling to utilise these controls for the “benefit” of their children? Or parents who had learning difficulties? Would they be classified as incompetent parents? Is this just about giving parents another tool with which they could abandon parental responsibility? These queries were raised by members of the audience. Apparently, time will tell.

Claire Perry, MP for Devizes, followed Ed by paying tribute to the work that service providers had already done, but pointing out that only about half of families appeared to have implemented any of the current available controls. What was required were controls that were simpler to use, reached all of the devices in a household, and incorporated automatic updates.

This gave Dido Harding, CEO Talk Talk, the opportunity to announce that its new, Homesafe service, had been used by 50,000 customers in the first six weeks. Certain categories of sites could be blocked, (and individual sites could be unblocked, lists, of course), Peer to Peer protocols could be disconnected, and all browsing could be halted during the “homework hour”, if that was what the bill payer chose. Dido was keen to emphasise though that whatever service providers were able to offer, this was part of the solution – by no means not the whole solution. The service was free, despite the company having spent tens of millions of pounds installing probes throughout its network to make sure it knew just where its customer’s browsers were pointing.

John Carr, Secretary of the UK Children’s Charities’ Coalition on Internet Safety welcomed the concept as a way of enabling a family to protect what it saw when watching the TV together in the living room: We don’t want Mickey Mouse and Hustler magazine a click away on the same screen, he thundered.

Mike Galvin from BT announced the work being carried out by BT, Sky, Virgin and Talk Talk (representing a very large rump of UK consumer internet bill payers) to publish a Code of Practice for parental controls within the next four months. The aim would be to improve take-up by parents, improve the consistency of advice offered by service providers, and then extend an invitation to the smaller providers to join the parental control train. The smaller providers won’t be able to exert much influence on the Code, but they ought to let their own customers take advantage of the standards that the bigger players will have developed.

Dr Clarissa Smith, from the University of Sunderland, spoilt the atmosphere somewhat by pointing out that the lack of proper research in this area: We need proper studies before we start regulating the issue. We should ask what do people do with sexual media. It’s too early to start taking freedoms away from young people until we understand what we’re denying them. Young people have rights to sexual education and sexual imagery.

But it didn’t take too long before Middle England had its say. Sheila Eaton, President of the National Council of Women of Great Britain, quickly put the academics back in their place. Sheila didn’t need research to tell her what she felt in her bones. And she repeated some of the other points that had been made by previous speakers, too.

Returning home, I warmed to the idea of the internet payer being able to “tune” the service they allowed others to consume.It needn't just be for parents to protect their children from accessing unlawful sites. As the configuration software offered by the service providers matured, perhaps good Christian families could ban ungodly sites on Sundays. Fundamentalist families could select the internet sites that were acceptable to their followers. And, perhaps when my own parents come to visit, I could retune my internet to block them from accidentally logging onto a euthanasia site, or justgiving.com, or any of those sites which help you write your children out of your will.

Yes, configuring the internet to allow service payers (rather than service providers) to reflect their own interests may well have its advantages.