Is Ken Clarke talking sense - or a load of cobblers? 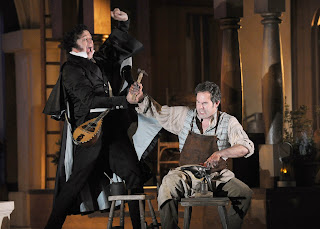 Justice Secretary Ken Clarke delivered a carefully crafted speech on the danger of making the wrong data protection rules to the British Chamber of Commerce, in Brussels, last week. Let’s hope that enough decision makers understood the points he was trying to make. British pragmatism tends not to go down awfully well in the more extreme rule-based societies. Was he talking sense? Or a load of cobblers?

As Ken tactly remarked at the beginning of his speech : We have had first-hand experience in the United Kingdom of how all too easy it is for a democratic Government to move into a kind of authoritarianism which stifles democracy and of course, if taken too far, provides succour to our enemies. And the new Government is certainly going to guard against this risk. But we must also guard against regulations or reactions which just invert this old order, that become obsessed with privacy or data protection without recognising the harm that also results to citizens from failure to share information, as well as careless stewardship of data. Detailed prescription will not in itself make our citizens safer, or more free, in this complex, modern world.

He also said: Imposing an inflexible, detailed data protection regime on the whole of the EU, regardless of the peculiarities of different cultures and legal systems, carries with it serious risks. I am optimistic that there’s a common sense solution on this. Our experience in the UK is that security, freedom and privacy are possible. We do not agree with those who say that we have to choose between being safe, being free and being private. We must protect all these basic rights.

But I have heard this sort of stuff before, coming from the most unlikely of sources.

This weekend, for example, I sat through a performance of Die Meistersinger von Nürnberg at Glyndebourne, and as the opera unfolded over 6 ½ hours, it became very clear that this was the very same theme that the composer Richard Wagner had been developing some 143 years ago.

For those who can wait to see the show, let me explain that one of the key plot lines involves Hans Sachs, the cobbler, explaining the horribly complicated rules of a singing contest to Walter, a young knight and the love interest of Eva, the heroine. Walter needed to win one of the contests if he were to be allowed to marry Eva. Hans Sachs is also in love with Eva, but eventually explains to her that he knows she is really in love with Walter, and so does what he can to ensure that Walter will win the contest. A few sub plots later, Walter eventually wins the singing contest, but with a song that breaks most of the traditional rules of the competition, and then refuses to join the guild of mastersingers. However, Sachs intervenes again, and explains that art, even ground-breaking, contrary art like Walther's, can only exist within a cultural tradition, which tradition the art sustains and improves. Walther is convinced, he agrees to join, and the opera ends with Eva (and everyone else on stage) showing their deep gratitude Sachs.

As far as Richard Wagner was concerned, it’s OK to break the rules so long as your heart is in the right place and you respect the cultural traditions of the institution that created the rules in the first place.

It’s a very nationalistic opera (although you can read a lot more into it if you really want).

So, why does this remind me of Ken Clarke?

Because Ken, too, was warning against too heavy a reliance on a rule-based regime. What’s important is for your heart to be in the right place, and for you to be able to respect the different cultural (and legal) traditions of reach of the peoples who comprise the Members Stares of the EU. Not to follow rigid rules that are soul destroying and suck the very lifeblood out of what out to be a very pleasant experience.

He was speaking just like Hans Sachs, the cobbler.

For all of those who feel that I’m talking a load of cobblers, we’ll chat – but only after you’ve sat through this stunning 6 ½ hour production, too.