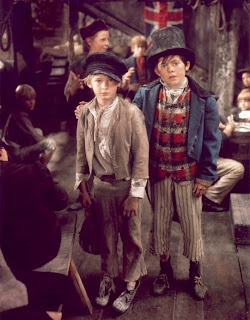 On Wednesday I blogged about being really impressed with the way that a Newham youth group had worked with the people behind the VOME (Visualisation and Other Methods of Expressions) project. Members of the youth group had produced a great music video, very cleverly setting out the principal concerns in song - and in dance moves that may well soon be copied in the clubs when the video goes viral.

Ironically, their reward is that Newham Council have announced the imminent closure of the youth group, so that the building they currently use can be made available to the Canadian Olympic Team for a couple of months next year. Some reward.

Anyway, their video is not out on YouTube yet, so there’s still chance for the staff at the Information Commissioner’s to pip them to the post by releasing a video of their own. Or perhaps they can form a choir to perform a series of songs at the ICO’s Xmas Party.

So, in case the ICO’s staff are up for it, and are on the lookout for a number with a full chorus, they might want to try belting out this one. (After they’ve apologised to Lionel Bart, that is...)


Picture it: The curtain opens to reveal a data controller handing over their £35 annual notification fee to a grey haired man in the cafe around the corner from a workhouse in Wilmslow, cunningly disguised as the Information Commissioner’s Office. The audience’s attention shifts from the data controller to the grey haired man. No, he’s not Gandalf. But he is an enforcer, and educator and a master of data protection. Yes, he’s a Deputy Commissioner. The Director of Data Protection.

He steps forward. He speaks, before singing to an oddly familiar tune.

[DIRECTOR OF DP (spoken)]
So, Data Controller, now you’ve paid your notification fee, you're coming with me.

[DATA CONTROLLER (spoken)]
Are you sure Mr. Graham won't mind?

When it will chance to be
You will see
Some awful days
Data breaching days
Why worry?
We will rely on you
To step right in
And sort it out
Then you can take us out for a curry!

[DATA CONTROLLER]
One of the family

[HEAD OF ENFORCEMENT]
We've taken to you

[HEAD OF GOOD PRACTICE]
But my

[HEAD OF FINANCE]
There isn't a lot to spare

Only it's wise to be handy with a staple gun
When the MoJ wants a brawl!

[ALL]
And after some consideration we can state