There really isn’t anyone at home 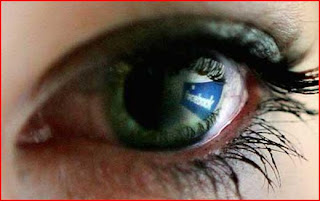 I’ve read a series of almost identical articles recently, all of which are suggesting that people who over enthusiastically blog about themselves – and particularly their movements, might soon face quite dramatic increases in their home insurance premiums, as thieves will quite simply be better able to plan their burglaries, in the sure knowledge that no one is at home.

If your device shows that you are in a specific spot in the middle of a city, then you are unlikely to be at home.

I wonder how long it took the journalists to realise that.

And I wonder how long it will be before these journalists start to predicted that the new wave in social media could eventually lead to big rises in home insurance premiums.

Even the Telegraph has been getting in on the act. As early as 19 February of this year, it covered the story. Apparently Darren Black, the head of home insurance at Confused.com, said: "I wouldn't be surprised if, as social media grow in popularity and more location-based applications come to fore, insurance providers consider these in their pricing of an individual's risk. We could see rises of up to 10pc for people who use these sites.

"Criminals are becoming increasingly sophisticated in their information gathering, even using Google Earth and Streetview to plan their burglaries with military precision. Insurance providers are starting to take this into account when they are assessing claims and we may in future see insurers declining claims if they believe the customer was negligent."

So, Confused.com offers the following advice to users of social networking websites:

I wonder how often stock articles such as this one will appear every time a web publisher has a few lines of media space to fill, before the reader’s eye is expected to glance at the next advert. I confidently predict that we will get to see this stuff as regularly as we get warnings that we should disregard advice that its unlawful to photograph your children during the annual sports day or nativity play event at school.

Out will come this basic, basic stuff. Is there still, really, a need for such simplistic advice? Are people really so stupid (or, expressing the question in a more charitable manner, are they really in need of awareness initiatives such as these)?

Or is this the sort of material that really is required in order to teach people the basic digital skills of life – the sort of stuff I blogged about yesterday?

Perhaps I should write a series of short articles entitled “digital skills for dummies”. You read about it here first – so please don’t think you can nick the title. Do all the work, if you like, but give me the credit for creating the strap line. Then we can share the proceeds.

All articles, for publication in this “dummies”, will be gratefully received. And even acknowledged. Let me know if you are interested. My email address is on the left!
Posted by Data Protector at 15:05