Maybe it’s because I’m not American 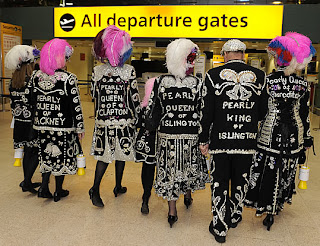 I was invited to a really interesting lunch recently to talk tactics about the draft regulation. The hosts were desperately keen to ensure that the European Commission really understood their reservations about the recently published draft. But they were afraid. Very afraid, actually. And what they were really afraid of was that they thought the Commission officials would dismiss their views out of hand, simply because of who they were. Not because of the strength of their arguments, but purely because of who they were.

And who were they? They were a bunch of Americans.

These people wanted help. They wanted to know how their arguments could be presented to Commission officials in a manner that would not instantly be dismissed.

My initial reaction was to tell them that they were lunching the wrong person if they wanted advice on Commission etiquette. I don’t stalk those circles of power as frequently as I should. Not yet, anyway. My social skills aren’t sufficiently tuned to pick up the different types of body language that is used by the officials in Brussels. My emotional intelligence has been honed to a level which gives me confidence to communicate with colleagues who prowl around the corridors of Westminster and Whitehall.

I can speak the political language of my mother country, but I can’t be certain that I’m always sending out the right signals when dealing with friends from Spain, Hungary, and Italy. I just haven’t had enough time to immerse myself in their cultures. I don’t know that I will always be communicating with them in a way they need to be communicated to. I can trust myself when I’m engaging with German Ditch and Austrian officials, but this European Commission embraces people from an extremely wide range of cultures – and new cultural norms have to be learnt.

If anyone knows of a website which, rather than translating words, translates European etiquette, please let me know. I want a "diplomatic body language" version of Bablefish.

The lunch caused me to think carefully about how I should engage with the Commission officials, if I am to be given the privilege of trying to work with them to help ensure that the draft Regulation meets the lofty ambitions so many expect of it.

I also thought to myself, poor them. How will they attune their ears (and eyes) so they can appreciate the message that is intended to be communicated, if the words and phrases that are used to express the intention are so alien to their own senses?

We’ve all got a great learning curve to go on, here.

I ended the lunch by explaining that I had given considerable thought to the points that had been raised by my hosts, and that it would only be right if I were to reflect for a couple of weeks on what they had asked, and then let them host another lunch, during which I could offer some considered views. I’m so glad they liked this suggestion – as it will give me an opportunity to try the rabbit next time, rather than the (excellent) fish.