That Regulation – as a carol 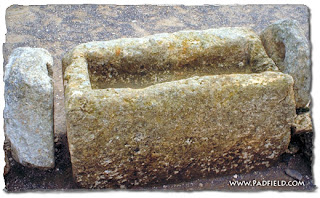 Today’s offering is the last in this short series of lyrical doggerel, and has been created just in case I’m invited to the Ministry of Justice’s Christmas Party this year (or any year, for that matter) and get asked to submit an idea for a festive carol about the new data protection Regulation.

Could I write something which, in typically solemn tones, paid tribute to the stoicism, sincerity and passion that the British negotiating team will be demonstrating over the next months (or years) as discussions focus on finding a common view about how to improve standards of data protection within Europe?

Well, I’ve turned my thoughts from the theatrical to one of the greatest stories ever told. Back to basics – and how much more basic can one get this - set in a Committee room in some grotty European Commission office building that will be used by the delegates who will get to know each other really well, and who will find it really hard to keep focussed on every legal, privacy and procedural detail that will be raised and debated so diligently?

They have a truly monumental task ahead, and they need as much support as we can possibly give them: All hail, the MoJ!

To put yourself in the right mood for this carol, you should imagine that you are participating in an all night business meeting – knowing that it’s not over, not yet. And not for a long while.

“AWAY IN THE COMMISSION”

I implore you, Mr Minister
Please make a try
To pay some attention,
As morning is nigh

Bear with me, Mr Minister
I ask you to stay
With the words you’ve been told to use
Then we’ll get home today