A week in the data protection detox chamber 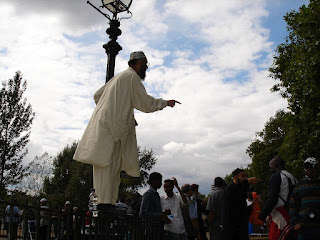 It’s been a great week. I’ve been so busy on a particular issue that I’ve hardly had any time to think, or read press releases, about the usual range of data protection stuff.

I have had time to think about something else, though.

Very shortly after the play begins, the King asks for advice from the Archbishop of Canterbury. But not just any advice. On this advice will rest the lives of an awful lot of people. Privately, he has already resolved to declare war on France, but seeks a reason, or a justification, for this momentous decision from a trusted advisor. This is so that the Archbishop can be blamed if the advice turns out to be poor. If the campaign is successful, the King will accept the credit. But if a failure, the Archbishop will carry the blame.

Sound familiar? Aren’t a number of us asked constantly for a view of a situation which, in reality, those posing the question have already settled their minds as to the answer? And, when this is the case, how many of us resist the temptation to facilitate their view, rather than tell it as it really is?

Well, for those that are tempted to compromise their own principles, let’s just remember the advice that the Bard gave, through the words of the King. We data protectors are under a duty, really, to tell it straight. It’s not just about us imposing our own values on the decision makers. It’s our job, as impartial subject experts, to ensure that the facts are properly set out to these decision makers, in order that they can reach a just and balanced conclusion.

If I can carry on with that purpose in mind for the next few years, or until I’m charged with the burden of being a decision maker myself, I’ll be happy.

So, to those who are tempted to get out the soap box every time they’re asked for a view, let them first consider the following lines, before they start to spout their usual stuff:

My learned lord, we pray you to proceed
And justly and religiously unfold
Why the law Salique that they have in France
Or should, or should not, bar us in our claim:

And God forbid, my dear and faithful lord,
That you should fashion, wrest, or bow your reading,
Or nicely charge your understanding soul
With opening titles miscreate, whose right
Suits not in native colours with the truth;
For God doth know how many now in health
Shall drop their blood in approbation
Of what your reverence shall incite us to.

Therefore take heed how you impawn our person,
How you awake our sleeping sword of war:
We charge you, in the name of God, take heed;
For never two such kingdoms did contend
Without much fall of blood; whose guiltless drops
Are every one a woe, a sore complaint
'Gainst him whose wrong gives edge unto the swords
That make such waste in brief mortality.

Under this conjuration, speak, my lord;
For we will hear, note and believe in heart
That what you speak is in your conscience wash'd
As pure as sin with baptism.

Next week, I’m off to see Propeller’s version of The Winter’s Tale. I wonder what words of data protection wisdom I’ll be able to glean from that.