Do I spy special EU data protection tanks in Cyprus? 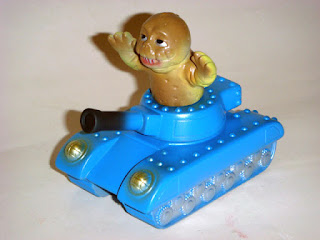 I heard a great rumour a few days ago. It was far too good to keep to myself, so I’m sharing it with you today, the first day of the Cypriot presidency of the EU.

A friend, whose credentials I have trusted for a long time, murmured that the European Commission is very determined to see progress on the proposals for a data protection Regulation while the Presidency of the EU is in the hands of Cyprus for the next 6 months. This will be the first EU presidency for Cyprus, which joined the EU in 2004 and became a eurozone member in 2008.

The word from unnamed EU officials is that the Cypriots will provide political leadership to the Union but “not in the traditional way”. Rather, it will be a “Brussels-based presidency”, with most of the country's officials operating from the European capital and focusing on EU affairs.

What this means is that Commission’s data protection directorate will make available to the President of Cyprus a number of temporary advisors for Nicosia providing knowledge and support, so that all the right decisions can be made during his presidency. It could be a fun six months. After all, Cyprus is the only country represented at EU summits by a Communist. President Demetris Christofias has reportedly remained true to his values since he joined the Communist AKEL party in his youth. He studied in Moscow and speaks Russian fluently. Russia's political presence and economic penetration in Cyprus has no equivalent in any other EU country – so they ought to be happy to put their hands really deep in their pockets to offer assistance to Nicosia during their current financially troubled times.

I don’t think I know what the communist approach to data protection actually is. But whatever it is, I’m sure that the Commission’s tanks will focus some minds and get the relevant officials to knuckle down and deliver steady progress by the end of the year.