Trust me – I’m a data protector 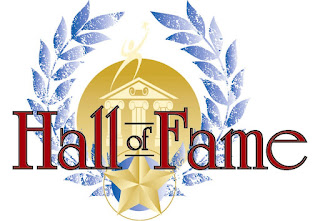 The bash at the Brewery in the Barbican on Thursday evening went well. So well that I can hardly remember the detailed points that each panelist made to the audience. And no, my lack of memory was not due to the evening ending in a sea of alcohol. It was entirely due to my getting home late, immediately falling asleep and then setting out really early the following morning to attend yet another discussion meeting.

Fortunately, I won’t need to rely just on my memory about what I said on Thursday. Journalists, as well as lawyers, were present, So, I’ll be able to read all about it in The Lawyer magazine in a few weeks time. I’ll post a link to the article when it gets published.

Yesterday’s discussion, on building trust and reputation, touched on a few of the old issues we’ve all grown to love. Can data controllers be trusted to act with honour, or are too many of them a bunch of irresponsible cowboys who need to be whipped into shape by an ultra tough regulator? The discussion moved on to how well intentioned- individuals within an enterprise were able to influence the general behaviour of the firm. What is the tone from the top? To what extent are our “dear leaders” sticking their necks above the parapet to show their own determination and commitment to adhering to ethical business practices?

Given the top stories in the national media, which were focussing on corporate misbehaviour in areas other than data protection, it was probably the wrong time to hold such a discussion, but we continued regardless.

In the end, we agreed, it was about role models. How many great examples of great corporate behaviour exist? And how often is the public’s attention diverted to the “wrong uns”, rather than our shining stars?

Perhaps, within the data protection world, it would be helpful to create our own lists of shining stars and cowboys. (I wonder how many names might find their way onto both lists?) Perhaps, if the new accountability principle is fully embraced, our profession will create its own Data Protection Hall of Fame.

Let’s start with smaller steps. How about a Data Protection Webpage of Fame – a sort of “Who’s Who” in the international data protection community. Or a "Those we have loved" page on LinkedIn.