How many events can a data protector reasonably attend each year? 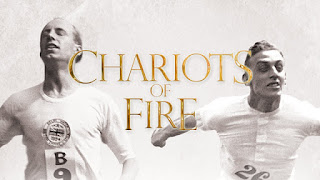 I left the Hampstead Theatre last night on a high. It was a brilliantly exhilarating production of Chariots of Fire, which will shortly be heading its way to London’s West End for a season. That haunting tune by Vangelis is still buzzing in my head. And as the production developed, I really began to engage with the lead characters. They were sprinting in front of me, behind me, right through the audience, in wonderfully choreographed episodes that really made me feel part of, rather than just watching, an event.

Who were these characters? Basically, they were a bunch of people who enjoyed running around in circles, developing an unremitting routine that would involve exposure to the “same old, same old”, each and every day. It reminded me very much of today’s data protection practitioner, who trudges wearily (and occasionally joyfully) to event after event, hoping for inspiration or a nugget of wisdom from some practitioner in the field who has actually spotted a new angle on stuff that’s gradually developing and which may become something important at some stage.

Since the end of February, I’ve kept a list of data protection events that are of likely to be interest to British data practitioners. The upcoming ones are listed here, while an archive contains brief details of those that have already been held. Of course, I’m not counting them all – only those I become aware of. But, I have become aware of 45 events that have already happened, and my list contains details of another 33 that are on their way. Most of these events occurred in London – so I must be missing out on many of them.

Even so, that’s an awful lot of events. Basically, if you had nothing better to do, I think you could almost live off the canapés and wine which are in abundance, up to three times a week. The trouble is, I don’t think that there’s really enough news out there to fill all of the presenting space that is now available. And I ought to know. I am finding it ever harder to find fresher ways of showing how much I care about data protection stuff. But, I will be speaking at a number of events over the next few weeks, so I really should not bite the hand that offers me so much public exposure. Especially since I am now be available for private consultations as well as public performances.

Unlike athletics, though, data protection isn’t a race. No one wins. Ever. It just never ends. Just when you think you’ve dealt with one event, another one crops up. Or, there’s media pressure for the regulator to open up an issue that almost everyone had thought had already been settled. And everyone is only as good as their last win (or speech). Few people care about celebrating the great work that has already been achieved, the focus always appears to be on finding new ways of addressing the fresh challenges ahead.

All hope is not yet lost. A really clever bod at the Data Protection Forum has had a brilliant idea. Perhaps, just once a year, we data protectors could relax for a few hours and celebrate some of the highlights of the last season. Something like an awards ceremony. Awards could come in the form, say, of “ICO Indulgences”, ie a “get out of regulatory hell free” token for the next awful incident that the poor Data Protection Manager experienced.

Let me know what you think. Tell me if you have any bright ideas for categories (or recipients) of suitable awards.

And, please, let me know if you also think that there are too many data protection events currently being organised in ‘Blighty. (Or, alternatively, if you want to book someone like me as a motivational speaker for your own event!)