Cookies: I’m a hit with the audience at Olympia 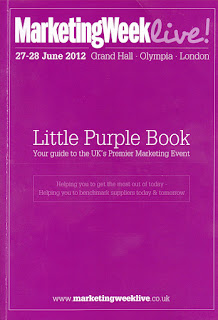 A packed audience liked the data protection jokes I cracked at yesterday’s “MarketingWeek Live” event. The venue was the Grand Hall at Olympia – a great big barn of a place that is used for trade fairs, dog shows and the occasional concert.

My theme was compliance with the new cookie rules: “the cookie conundrum” – as I bill the talk. And, judging from the people who queued to have a quiet word with me after my slot, it went down quite well. I had to tailor the language I could have used to explain some of the more technical aspects of this stuff, and, as there were lots of ladies present, I also cut out all the rude words that the Monty Python team used when giving their version of the tale of King Otto (and the cookies). But at least everyone still laughed in all the right places.

I’m not booked to speak anywhere on that subject for a few more months, so I’ll lay that one to rest for a bit. But, if anyone fancies a private performance, please let me know.

Now I’m preparing for tonight’s show – at The Brewery in the City of London, which will be reviewed in a future edition of "The Lawyer" magazine. I’ll be sharing a platform with, among others, the ICO’s Dave Evans. Spookily, Dave helped write most of the great advice that the ICO has published on cookie compliance. But we’ll both be giving cookies a night off. Instead, we’ll aim to have the audience of some 70 senior lawyers rolling in the aisles as we address other issues that are so close to our professional hearts. Tonight’s session, believe it or not, is focused almost entirely on the data protection aspects of transborder data flows.

How on earth can a panel of four seasoned professionals string out a 90 minute session on that subject? And how can so many eminent lawyers in private practice and corporate general counsels feel so compelled to sit through it?

Well, it is being held in an old brewery, you know.

And if I can remember what went on, I’ll report back later.