The strange case of all these preserved text messages 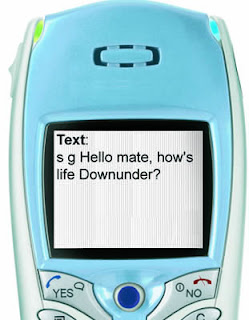 I don’t know about you, but I’m a bit confused. You see, I’m following the proceedings of the Leveson Inquiry, and am constantly amazed at the amount of evidence that gets unearthed whenever someone wants to ask a significant question.

Take, for example, the current line of questioning about the links that exist between members of the media and the political classes. I’m enthralled at the torrent of detail that gushes out each day about precisely who sent what text message to whom – but I don’t really understand how someone has been able to preserve (and subsequently provide) the content of the text messages we are hearing so much about.

I’m absolutely certain that the requesting parties wouldn’t have been able to use RIPA powers to demand that the content of these messages be handed over by the mobile phone companies, as they don’t keep them. All they are required to know is when a message was sent, not what was in the message.

So, who is storing this stuff?

Do our politicians have special phones, with huge memories, that retain them? Or are they forwarded to some central political database, to ensure that regulatory authorities can access them when investigating political misbehaviour? Does everyone who uses this special database make sure that all their friends don’t sent them incriminating messages, which would prove incredibly embarrassing should they be required to be produced to people like Lord Leveson?

It’s especially important, I think, because soon the Government will be unveiling its own cunning plans to require communication and internet service providers to retain more information about how people use their services. I hope no-one gets confused, and assumes that the Government will be requiring these providers to retain the content of their communications.

So, the sooner we all understand just where the evidence about the content of these text messages is coming from, the faster we will be able to trust the Government when it assures everyone that it is not going to be requiring communication and internet service providers to keep this stuff.