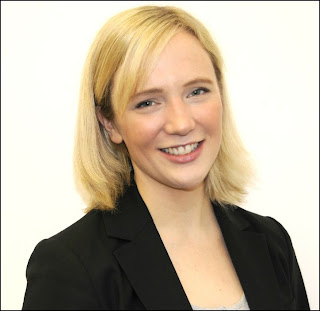 Every now and again, something happens that stirs the mighty organs of state into action. I sense that, thanks to the efforts of Stella Creasy MP (pictured), something may be happening to ease the plight of those who have suffered at the whim of the mindless thuggery of internet trolls.

Why Stella? Why should she be able to get things done, when other (equally high profile) victims of crime have been less successful?

Two reasons. First, because Stella has herself been subject to some awful Twitter abuse recently.

Second, as a key member of the Shadow Front Bench team, with a portfolio focussing on crime prevention, she is ideally placed to ensure that the law enforcement community maintains excellent links with Twitter’s law enforcement liaison team. She will, I’m sure, take an extremely close interest in the extent to which current laws (like RIPA) may need to be tweaked to ease the flow of information between Twitter and the police. She will also, I’m sure, take an extremely close interest in ensuring that investigators are appropriately resourced to quickly deal with these horrible crimes, as they are reported.  I know how hard she has tried in the past to visit the Met Police’s Communications Intelligence Unit, to appreciate the difficulties that investigators face.  Perhaps, as a victim of crime, she will be much more welcome, now.

Stella took a close interest in these issues well before she became a victim of internet abuse, but now she has also suffered at the hands of those who think they can hind behind a web of anonymity, I’m confident that she – and her team of Twitter-savvy researchers - will be ever more vigilant in ensuring that the Home Office remains accountable for developing policies and strategies to discourage internet trolls from ruining the lives of those who enjoy living a pretty full life on-line.
I should also acknowledge the recent tweets from Tony Wang, Twitter’s UK General Manager, who has promised to do more to prevent abuse. Yes, the abuse does represent an extremely small percentage of the messages that are posted each and every day. And yes, the site is an extremely valuable social platform for people to exercise their right of self expression. But there will be ways of identifying (at least some of) the devices and accounts that trolls use to post tweets.

If anyone can think of some sensible measures that ought to be considered, which respect both the right of free expression and protection against untoward abuse, then perhaps Stella can.