How can young people better manage their online identities? 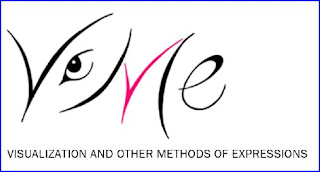 To many people, on-line privacy is a joke. To some it's a game. And this morning, on the 49th floor of One Canada Square in Canary Wharf, a select group of people assembled to play a new privacy game.

Well, a Group of academic researchers from the Information Society Group at Royal Holloway College, University of London, have been working on a 3 year research project with other academics, consultants and Sunderland City Council. They've been learning how young people engage with concepts of information privacy and consent in the on-line world.

It's called the VOME project, which is an acronym for the Visualisation and Other Methods of Expressions project.

What they have learnt has turned their world upside down. In an age where it can be the teenager who does the on-line banking for the family because their parents don't understand the Internet, it seems clear that many of these young people have got a better understanding of what can go on than their parents.

The researchers have also found that young people communicate amongst each other in terms that are vastly different to older generations. Image and attitude can be more important than the actual words that are used. And when the searchers offered a youth group the funds to produce a video explaining their privacy concerns, they were astounded with the results. No, it wasn't a series of talking heads, earnestly discussing privacy issues. These guys had actually produced a music video, very cleverly setting out the principal concerns in song - and in dance moves that may well soon be copied in the clubs when the video goes viral.

Watch out for "Internet Saint or an Internet Demon", which should be out on YouTube pretty soon. You too can be one of the first to have seen it.

Regular readers will appreciate that I also know the value of slipping privacy messages into songs, and am developing a series of ditties based on various privacy issues. You can see some of my earlier efforts in the blogs I posted on 6 November 2009, 16,17,18 & 19 June 2011 and 12 July 2011.

Anyway, back to the on-line privacy game. The developers have found a way to use the rules of a game to model the way that information flows around the online environment as it does in real life. Players seek to collect and use different types of personal information cards. Some of the information can be swapped. Other types of information are supposed to remain private. Each player assumes the identity of a secret character (such as a hacker, online shopper, advertiser or bank. Players then trade cards with each other to obtain the highest scores.

And, to mix up the game, the players have to contend with a "random event" deck. Events such as "super injunction" or "game network hack" make life difficult for the players; perhaps by stopping them from using certain types of cards for a round.

Plans are afoot for this game to feature in the GameCity event in Nottingham, which will be held from 26-29th October. At this event, experienced gamers will be playing it and they'll be invited to develop online prototypes of it.

The game’s good. And it's still I development, although the version we played today was certainly at a very advanced stage. It has all the hallmarks of a great teaching tool. Particularly for those of us who like to learn by doing things, rather than by having a teacher just standing up in front of a class and saying things.