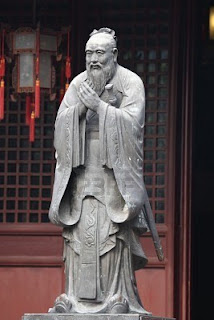 September 28th is a rather special day in the calendar.

In addition, William the Bastard (as he was known at the time) invaded Britain in 1066, and Sir Alexander Fleming noticed a bacteria-killing mold growing in his laboratory, discovering what later became known as penicillin in 1928.

But did you know that next Wednesday is also the 9th International Right to Know Day?

Well, you do now. And to celebrate it, Christopher Graham, the Information Commissioner will be posting a speech on his youtube site at 10am.

It’s an occasion to commemorate the fact that people around the globe will all be exercising their right to know what their governments are doing. It’s not supposed to turn into a “Subject Access Request fest”, but I bet a few activists will do what they can to exercise whatever rights they can.

Last year Lord McNally, the (Lib Dem) minister responsible for Freedom of Information, said: Government, at national and local level, has become a lot better at delivering information requests. What we are promising to do is release lots of information which was within government, but stayed within government. That’s out there now for those with the initiative to request it. It remains a solid right of the citizen to ask for information. Perhaps Lord Henley, the current (Conservative) minister responsible for Freedom of Information, will provide us with an update.

And what’s the Commissioner going to say? I don’t really know. Other that he wants to mark the occasion with a view on the state of information rights here in the UK: the right to know and the right to privacy.

He is expected to explain why the Information Commissioner’s Office is already a key player in delivering an effective Right to Know; how our responsibility for both the right to know and the right to privacy equips us to assess where the public interest lies; and why the ICO should be an essential partner in delivering the much trumpeted transparency agenda - through to practical reality.