What comes first? Xmas or a new draft DP Directive? 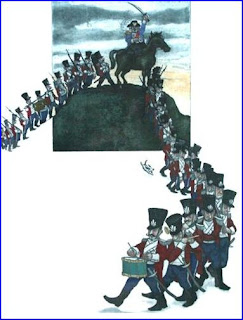 If my chums are to be believed, and believe me, I believe them, I’m likely to enjoy Xmas lunch with my friends and family well before the new draft Data Protection Directive may be published.

This probably comes a bad news to lots of us who are aching to leave the iapp's Europe Data Protection Congress in Paris on 29-30 November with a copy of the new draft – or at least a partial understanding of the Commission’s proposals. After all, the Congress is to be addressed by Commissioner Viviane Reding, together with the three wise men of Euro Data Protection Peter Hustinx, European Data Protection Supervisor, Jacob Kohnstamm, Chairman of the Article 29 Working Party, and Peter Schaar, Federal Commissioner for Data Protection and Freedom of Information, Germany. And, the Congress will be packed with other people whose lives are so heavily steeped in this stuff that they also deserve the accolade as one of the “Lords of Data Protection.” You might even see me somewhere in the audience, too.

But I’m not fretting. I just want the Commission to get it right. And I don’t really care how long that takes. So long as it is right, in the end.

Given the pace of technological development though, and of changes in customer perception and attitudes, I appreciate that it will be very hard to develop a Directive that meets the needs of people who don’t quite get know what their needs are, as that technology hasn’t been brought into universal use. But it will. And soon.

Whoever thought that geolocation services would have taken off in the manner that they have done, or that facial tagging (or tattoo tagging) would become so widespread – and so quickly. Or that Governments would feel so threatened by terrorist groups and therefore need to react as they have done? Or that Google+ would have circles of friends, while Facebook has developed different groups of friends? Or that Amazon and Kindle enable the spread of knowledge so easily? Or that, shortly, e-commerce and the creation of new ways of spending e-money may bring forth a data controller with significant knowledge about very significant numbers of us – and that controller may not be “controlled” from within the borders of the European Community?

We live in such interesting times. So let’s continue to concentrate on the items that are currently in our in-trays before anticipating an email with that special package from the Commission.


Image credit:
I think this is a brilliant print of the Grand old Duke of York, by Canadian artist Mychael Barratt – you can buy framed copies of this limited edition of 100 prints for just £295 from the Yard Gallery, in Holywood near Belfast.

I’m not suggesting that anyone is behaving like the Grand Old Duke of York, ie getting us all excited and then letting us down again. According to Wikipedia, the oldest version of the song that survives is from 1642, under the title 'Old Tarlton's song', with the lyrics:
The King of France with forty thousand men,
Came up a hill and so came downe againe.