The lunacy of trying to enforce “right to be forgotten” legislation 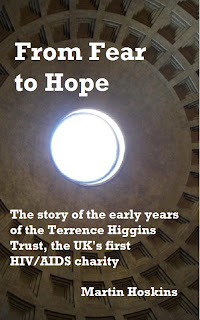 If Commissioner Viviane Reding were ever to read this blog posting, I’m sure that the next thing she would do is take me off her Christmas card list. Or at least she would make sure that I’m not, and never will be, on it.

Because I propose to demonstrate a brilliantly simple way of evading the proposed “right to be forgotten” principle.

And how did I come across this cunning gem of an idea?

Well, over the weekend I was looking at references to myself on Wikipedia (as you do ...) and found a number of broken links to some material I had posted some 10 years ago. I’m not at all surprised that the links were broken, as I had last used that Internet Service Provider a few years ago. But what did surprise me was the speed with which the Internet Archive was able to locate some of this material and bring it back on line for me. In a matter of a few seconds, material that I had not accessed for over a decade was suddenly available again.

But, I thought to myself, what might happen of one day even the Internet Archive were to decide that my stuff simply wasn’t worth preserving and retrieving? What else could I do?

I had a flash of inspiration after lunch on Sunday and surfed over to the self-publishing guidance on Amazon.com. How hard, and how expensive would it be to self-publish this “forgotten” material?

By the time I had gone to sleep on Sunday, I had found and revised the original manuscript which was on an old laptop, agreed royalties and completed the legal stuff, created a new front cover, and sent a new electronic version to my new friends at the Kindle Store. First thing on Monday morning, I was able to log onto Amazon.com, search for my book, buy it, and have it delivered to the Kindle application on my iPad in seconds. Bingo.

Talk about progress. A decade ago, I was having problems finding a publisher who had sufficient confidence in the subject matter to commit themselves to publishing an edition in print. In the end, I couldn’t find one. So a few typed copies languished on a shelf for a while, read by just a handful of people. Some of these people, who didn’t want to have it published as it didn’t portray them in the best of lights, did little to help it get read by anyone else. Last weekend, I found that I could dispense with the overheads associated with commercial publishing houses and do most of it myself in the space of 10 hours.

And the subject matter of the book?

Actually, it’s quite relevant – as it relates to a charity which has been associated with large numbers of people working with what we politely call “sensitive data”. The Terrence Higgins Trust was formed in November 1982 by some of his close friends. Terry Higgins was not first person to die from an AIDS-related illness in Britain, although he was the first to be publicly identified.

This book charts the first 15 years of that organisation, as it transformed itself from a volunteer led charity to a more professionally run organisation. Within years of its establishment, the Trust was experiencing massive growth. Large numbers of people were becoming HIV positive and, with the introduction of AZT, the first effective drug treatment against HIV, clients were generally not dying as quickly as before. This created further demands in terms of counselling and support, as well as the need for more campaigns to warn people of the possible dangers to their health.

The early informal decision making structures imploded under the pressure caused by the growing demand for the Trust’s services, which in turn led to a series of crises of identity and organisation. More paid staff took responsibility for work, which had previously been carried out by teams of volunteers, and there were frequent disagreements over the direction the organisation was taking. Rapid changes in personnel, both paid and voluntary ensued.

This book, which is divided into three parts, charts the development of the Trust.

The first part recounts how it was managed as it struggled to cope with the shifting pattern of demands brought about by the AIDS epidemic. The second part records how it developed its health promotion work. Literature, advertising campaigns, outreach work and international conferences all played their role. The third part describes the services, which were offered its clients. Individual counselling, support groups, the telephone helpline, buddies, advocacy and advice work, practical help, hardship funds and commemoration ceremonies greatly helped improve the welfare of people who were either infected or in any way affected by HIV.

As well as the statistics, this account tells the human story, about the people who have worked for the organisation, both in a voluntary and a paid capacity, and about some of the many thousands of people who have been assisted because their lives have been adversely affected by HIV and AIDS.

So it’s an account about people who, and people who helped people who were ill. Some were prisoners, injecting drug users, incompetents and/or thieves. Some of these injecting drug users, incompetents and thieves were volunteers or employees of the organisation. So how can it be possible to write about such people fairly? Is it right for some people to demand a right of anonymity, if their actions have actually had a profound impact on the lives of others?

I think I’ve managed to deal with the competing interests of those who were bad and those whose past deserves just a slight amount of airbrushing.

Feel free to invest £2.89 ($4.59) in a copy for your own Kindle device and let me know what you think. It won't make me rich, but it will provide a memorial to those who did some mighty fine things - and some mighty stupid things - between 1982 and 1997.