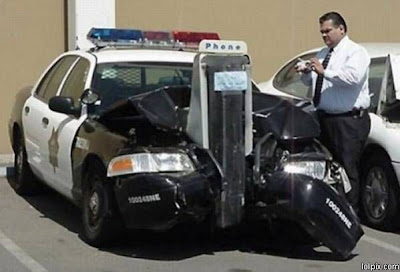 I had a quick squint on the internet to find out.

I found a press release on the Ofcom website which spreads some light on the matter. Ofcom is the communications regulator. It regulates TV and radio, fixed line telecoms and mobiles, plus the airwaves over which wireless devices operate.

On 15 October 2009, Ofcom announced that mobile phone users were now “able to call the emergency service numbers (999 and 112) from another network if their own network is unavailable and an alternative provider has coverage. The phone will automatically switch over to whichever network operator has the best signal in that area. This will provide added reassurance to consumers should they need to call 999 or 112 and will be of particular benefit to those in rural areas across the UK. The successful launch of emergency mobile roaming is the result of a joint effort between Ofcom, the mobile network operators, emergency authorities and the fixed operators who act as call handling agents.”

In the accompanying notes to editors, Ofcom explained that “consumers should be aware that emergency mobile roaming in its current form has limitations; location information is less accurate and it is not possible for the emergency services to make a return call. Callers should therefore be aware that calling the emergency services from a fixed line phone or a mobile phone from the network it is registered with remains preferable if this option is available. Consumers should also ensure that the mobile handset from which they wish to make an emergency call contains a SIM card.”

The notes to the editors didn’t point out what would happen to pranksters who thought it fun to make hoax calls to the emergency services. Before 15 October 2009, the mobile phone networks were able to act very effectively, by disconnecting the SIM cards from the network, under a “three strikes and you’re out” rule. If someone made three hoax calls to the emergency services, they were quickly disconnected by their service provider, preventing them from making any more calls to anyone, ever.

So, it seems that after 15 October 2009, if someone made three hoax calls to the emergency services, they were quickly disconnected by their service provider, which prevented their SIM card from being used to make or receive calls from their friends. But, if an alternative network provider had coverage in their area, they would be able to continue to make calls to ... you’ve guessed it ... the emergency services.

Perhaps it's time for the emergency services to create their own filtering system to block calls from known pranksters. They obviously know what SIM cards the pranksters are using, as its them who make the disconnection request to the home network service provider in the first place.

I told my friend: "Don't make hoax 999 calls - you never know when the emergency services might discover who you are."
Posted by Data Protector at 04:40