Do we need to be reminded that we are still being watched? 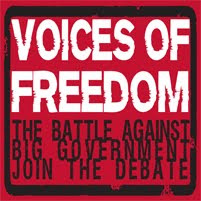 I’ve been invited to a bash organised by the Free Society and Big Brother Watch, who have arranged an evening on the surveillance society and individual freedom. Chaired by Iain Dale (Total Politics), speakers are to include Alex Deane (director, Big Brother Watch), Philip Davies MP (Conservative), Phil Booth (national coordinator, NO2ID) and Ross Clark (author, The Road to Southend: One Man’s Struggle Against the Surveillance Society.

I’m quite interested in this event, as I don’t think that I’ve met anyone from the Free Society before. According to its website, “the Free Society (TFS) has been launched by the smokers’ lobby group Forest to give a voice to those who want less not more government interference in their daily lives.

Confronted by an ever expanding army of politicians, bureaucrats and special interest groups who seem determined to limit our freedoms through social engineering and censorship, The Free Society will discuss freedom and its limits and encourage national debate on a wide range of issues.

Our goal is a society that adopts a sensible, laissez-faire approach to social and economic affairs, trusting people to make their own decisions about how best to live their lives, mindful of the effect their behaviour may have on other people.”

Presumably this is why it likes to participate in issues relating to the environment, food & drink, free speech, motoring, smoking, surveillance and taxation. And why, accordingly, it has developed fraternal links with other campaigning bodies, including Big Brother Watch, Forest, Freedom Association, Liberty, NO2IC, Safe Speed, Save our Pubs & Clubs, and of course the Taxpayers Alliance.

It sounds as though a pretty good time is going to be had by all. Libertarianism is obviously alive and kicking in some parts of Westmninster.

And, presumably, there will be a few members of our new big Government in attendance, each eager to participate in the deliberations, which are set to be held over 5 nights this month at the Institute of Economic Affairs. For those of us who need reminding, the IEA is the UK's original free-market think-tank, founded in 1955. Free wine. It sounds fun, so I’ll be going.