Another rumour from the Westminster village 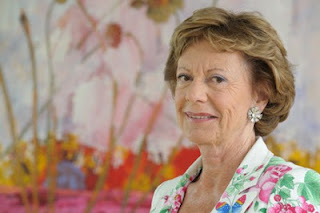 Word is reaching me of an interesting rumour sweeping Westminster. Someone is apparently running a book on the identity of the next European Commissioner to run DG Justice, when the term of office of the current incumbent, Viviane Reding, expires.

Bets are apparently being wagered on the probability of Viviane being promoted to the role of President of the European Commission, and today’s front runner to succeed Viviane Reding is the very popular Dutch politician, Neelie Kroes, who is currently the Vice President of the Commission responsible for the Digital Agenda.

However, around the same time of the reshuffle, David Cameron, the British Prime Minister, is expected to appoint a new European Commissioner, too. It’s understood that this will be to reward that particular individual for their years of faithful service to the British Government. That person will have had enough of Britain by that time. Or, Britain will have had enough of them. Anyway, being British, I would hope they’ll only be satisfied with a big job, running a big department, when they actually get to Brussels.

So, in honour of these rumours, I’ve penned this little ditty:

No-one yet knows
If Neelie Kroes
Will get DG Justice
When Viviane goes.

So, what will our Neelie do
When you know who
Finally gets permission
To rule the whole European Commission?

Let’s all plead with Neelie to stay on
And flourish as our data icon
For we must hope and we must beg:
It must be Neelie - not Nick Clegg.