Dealing with requests for personal data 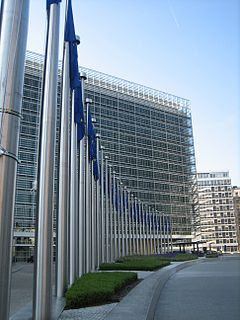 I had problems sleeping last night. Probably due to more revision for my ISEB data protection exam, which is coming up shortly. Around midnight, I even set myself a test, asking what personal data I would supply either to Viviane or to Kathy should they make a valid subject access request, seeking a copy of their personal data which was contained in this imaginary memo, found on the hard drive of St Berlaymont’s College(pictured).

Tell me, if you were the acting for the data controller of St Berlaymont's College, what personal data would you supply to either applicant under current data protection rules?

I‘ve been reviewing the recent performance of a couple of our prefects, and I need to make an urgent recommendation that their duties be reviewed, as they are both currently supervising teams that are quite unsuitable for them.

Viviane, looking after the students in the Justice house, really is a bright girl, and I predict that, with a fair wind, she’ll have a good future ahead of her when she leaves the college. I would go so far as to predict that she is so popular that you had better look out for your own job, in a few years’ time! The trouble is that her talents are wasted looking after the students in that house. None of the projects that any of the students are working on are very inspiring. One project, on an obscure bit of the data protection curriculum, is causing mayhem among everyone else who gets to know much about it. There’s little direction to the project, no-one seems to know what the college actually wants to get out of the project, and, frankly, no one will be that bothered if it were to be quietly dropped. It's a real dud. But Viviane has guts and charisma and deserves to shine by being given a more useful responsible role.

Kathy, on the other hand, looking after the students in the Foreign house, looks quite out of her depth. She’s had an awfully hard job to do and many of the students are ignoring her. She has little presence or charisma. This is a real shame as lots of the students don’t speak her language very well, so she faces real difficulties exerting any proper authority over them. She's got fewer Facebook friends than even you. She’s also required to deal with an awful lot of yobs who don’t belong to that house, but insist on being visited in their own homes. Things could really go pear shaped if Kathy were to cause any offence to anyone, or fail to discipline them as they would expect.

As it’s really important that we handle the Foreign students properly, and show a bit more leadership to the surrounding schools, I’m recommending that you arrange for Viviane and Kathy to swap their current responsibilities. No-one will mind (or even notice) if the students in Justice stop their current privacy project, but I really wouldn’t want Kathy to be responsible for nuclear war breaking out somewhere in the world just because she failed to impose her authority over some foreign oik. She was only given that job because of that awful Brown man who wanted to ensure that Foreign was as ineffectual as possible. Now he’s well gone from the scene, I don’t think anyone’s going to complain if Kathy is moved on.

If you agree to this recommendation, I’ll ask matron to supervise them as they swap their bedrooms after prep tomorrow evening. You can make the announcement to the entire college during tomorrow morning’s assembly.