Will this new survey shock the European Commission into inaction? 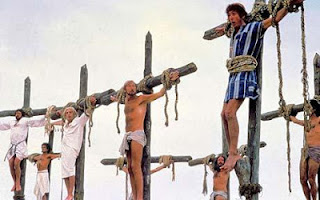 Stunning news has just emerged from Ofcom, Britain’s independent regulator and competition authority for the UK communications industries. It’s likely to shock our chums in the European Commission, who are busy working on introducing better data protection safeguards for those who want to live their lives on-line.

Remember, the Commission has been betting the house on the requirement for introducing uniform ultra strong regulatory safeguards within (and outside of) Europe, as this is what is apparently required to foster greater confidence in the use of on-line services.

The trouble is that British consumers probably don’t need the Commission’s help to ramp up the regulatory safeguards to enhance public confidence levels. They are actually getting less concerned as they use the internet more. Perhaps European citizens don’t need a Euro nanny state, after all.

For those who don’t like to face the hard facts, please don’t read the next two paragraphs.

Concern levels have been dropping steadily since 2005 to 50%, from 70%. Online confidence was at 84% at the end of last year, with 79% of adults going online on any device in any location, up by 20% from 2005. Social networking is continuing to grow in popularity, with more than half (59%) of adult internet users saying they now have a profile on a social networking site. The increase has slowed, with a rise of five percentage points since 2010 compared with increases of 10%in 2010 and 22% in 2009. Among those with a profile, 67% say they visit every day, up from 30 per cent in 2007.

Yes, of course an element of risk is still present. A quarter of social networkers (26%) say that their personal information could potentially be seen by people they do not know, and 16% say they share their contact details with anyone or friends of friends. Two-thirds (61%) only allow friends to view contact details and a further 13% say they do not have this information on their profile. One-third (31%) of people are still willing to put their credit or debit card details on websites compared to 28% in 2005. However, users are increasingly looking for security signs like padlocks and system messages, up from 43% in 2005 to 56% in 2011. The number of adults turning to the internet for information about public services has risen from 49% in 2005 to 68% in 2011. Those aged over 65 are less likely than other age groups to be online.

Now, with confidence levels as high as this, we really do need to ask whether the current data protection regulatory environment actually is as bad as all that. Of course, like anything, it could be improved, but would the regulatory world cave in if the current proposals had to be withdrawn because they were hopelessly over engineered?

So I won’t be losing any sleep this Bank Holiday weekend, fearing Armageddon if the Commission’s proposals for a new set of legal instruments on data protection were to collapse, to be replaced with a more workable set of proposals some time in 2015. That might even be a good thing.

To echo one of the themes of the 1979 Monty Python film Life of Brian (pictured) and the 2005 musical Spamalot: “Always look on the bright side of life.”