Google maps: gone, but not forgotten 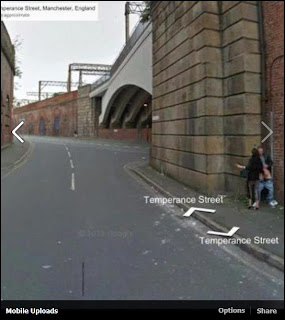 Our chums at Google have found a brilliant way of adapting their maps to deal with a person’s right to be forgotten, but to leave us with a reminder about what they might well have got up to.


We all know that Google’s Street View service captures images of people in public places, as well as the buildings on each side of the road. And, we all know that, every now and again, the images capture activities that these people might have preferred not to have been captured, even though their activities were perfectly visible to anyone passing by.  Also, we all know that Google’s software automatically blurs certain objects, such as faces, effectively making these people quite hard to recognise.


Recently, when photographing Temperance Street in Manchester, Google’s software automatically blurred the faces (and evidently the hands) of the couple seen in the main picture, although it is pretty clear what was going on as the vehicle drove by.


(Those who attended the ICO’s Data Protection Officer Conference in Manchester last week will be interested to learn that Temperance Street is about a mile away from the Convention Centre.)


Some wag saw and posted the image on Facebook, causing a spike in traffic to this particular location that was so large that the Google cartographers took a quick squint and promptly blocked anyone else from looking at it. Yesterday, as I manoeuvred past that spot with my curser, a black page with the message “This image is no longer available” was displayed. 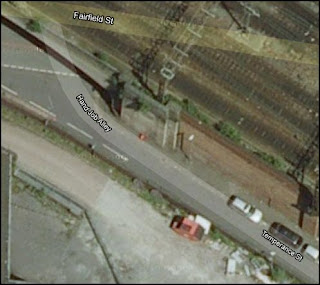 For, reverting to Google’s satellite image of that spot, I noted that someone with a sense of humour had renamed said location. Rather than Temperance Street, I was now looking at Hand Job Alley.


No doubt, that new name will be removed as swiftly as the image of the couple was.


But, just in case anyone wants proof as to how hard it is to ‘forget’ incidents logged on the internet, let’s see how long it will be before the two images I’ve posted in today’s blog are permanently removed from every location they get to be stored in.
Posted by Data Protector at 12:28